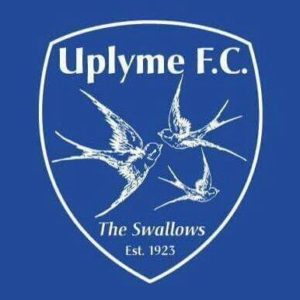 AVERAGING around 19, what Uplyme Reserves lacked in experience they made up for in energy, passion and tactics to win 5 – 4 and claim two wins in a row in Perry Street Division 3.

Against a very experienced Kingsbury Episcopi team, unbeaten in the division, they took an early lead through a coolly-taken goal from Connor Tate, after a great ball out of defence from Daley Holmes, who is working his way back from an injury.

Further goals from Dan Huggins and Oli Alner – a long range free kick – meant Uplyme took some great momentum into the second half up the Venlake slope, but it was needed.

Kingsbury hit back with a penalty early in the half and started to find a foothold in the game at 3 – 1. Uplyme stuck to their principles and Tate struck again after good work from Freddie Andrews. Andrews himself produced the goal of the game for the fifth; seconds after being pushed up, he hit a pile-driver from 25 yardds out wide on the left.

At 5 – 1, and with 25 minutes left, Uplyme made changes and took their foot off the gas, leading to a surge from Kingsbury. Instead of putting away more goals, Uplyme were now scrambling to hold on as the lead was cut by three goals in a matter of 10 minutes.

The young players dug very deep and saw the game through, much to the joy of almost all of the first team looking on. Credit to Oli Alner who never stopped running, but man-of-the-match goes to Alex Pennington who, at only 17, worked incredibly hard to boss midfield opponents twice his age.

Uplyme 1sts, who were without a league fixture last weekend, are away to Winsham United tomorrow (Saturday) whilst the Reserves are at home to Chard Rangers Reserves.

About Philip Evans 816 Articles
Veteran journalist and newspaper manager Philip Evans has worked in the publishing industry for more than half a century. He started out as a reporter for Pulman’s Weekly News as a young man and went on to work for an international publishing company in the UK, South Africa and Australia before returning to Lyme Regis where he is still reporting on local events as he has done for more than 53 years.
Twitter