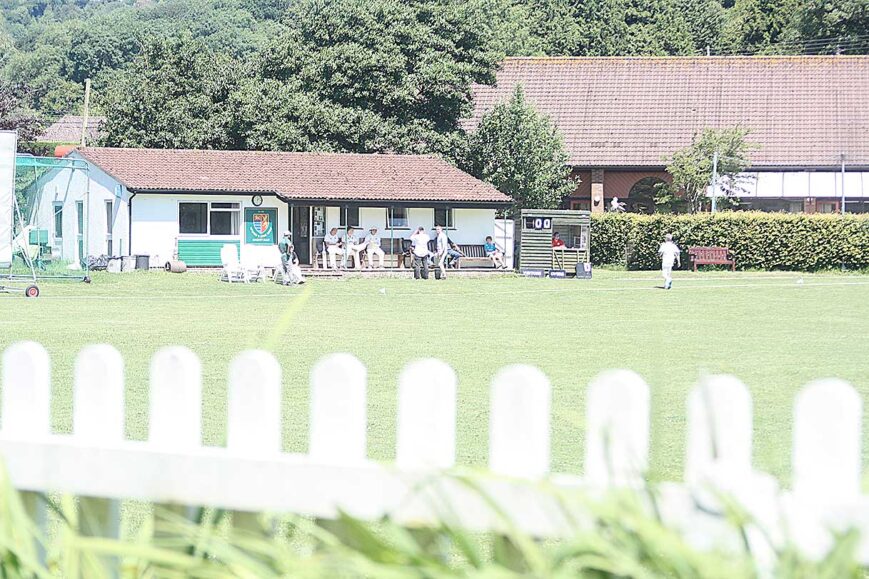 NO matter how good a cricketer you are – or think you are – cricket has a way of bringing you down to earth.

I never considered myself a great cricketer; strictly a second elevener. But I had my moments, including a diving catch fielding a leg slip at Tipton St John of the bowling of Dave Chambers.

But any cricketing ego I might have had was lost on the day Uplyme & Lyme Regis lost in the final of the Bartlett Cup against Honiton at Seaton Cricket Club.

First of all, I got run out without scoring when opening the batting with Martin Rowe, our skipper for the night. Martin ran me out and apologised, saying it was his fault. It was not. I was a good deal slower between the wickets than Martin.

If that wasn’t bad enough, a piece of unbelievably arrogant fielding cost us taking the trophy back to Uplyme. I was fielding deep in the gulley with the light fading quickly. It was the last ball of the game and Honiton needed four runs to win.

The ball was skied and, in the fading light, I did not pick it up quickly enough. As the ball cascaded out of my hands, all I had to do was pick the ball up and throw it back to the wicketkeeper. We would have won the game by three runs.

But oh no, for some reason – why I have never been able to understand – as the ball was falling to the ground I could see Rodney Rowe running towards me so I decided to volley it into his hands. It was the sweetest volley I have ever executed, better than any when I played football.

The ball sailed over Rodney’s head and was still going up as it crossed the boundary, giving Honiton the victory.

John Stamp was fielding out on the boundary somewhere and was never slow in coming forward if someone had fouled up in the field. As I hung my head in shame I heard his dulcet tones calling out “you t**t”.

I was distraught and no one spoke to me in the dressing room. I didn’t stay for a drink and drove straight home.

Later that evening, with the rest of the team clearly drowning my sorrows and their disappointed, Martin Rowe knocked on my flat door and said: “Come on Evs, forget about it. It happens to all of us,” or some such soothing words. But I just could not face it and went to bed nursing my total embarrassment.

My last game for Uplyme

This might have been my most embarrassing moment – but it was not my most disappointing cricketing memory. That came in what turned out to be my last official game for Uplyme and Lyme Regis Cricket Club.

I came out of retirement at the age of 55 to make up the numbers for a 2nd XI match at home. The visiting team were short of one player so we loaned them the services of 15-year-old Steve Batey, a very talented young cricketer who now just happens to be the club chairman.

It was always a great disappointment to me that I had never scored a century during the 20-odd years I played cricket. My highest score as my career came to an end was 74.

I opened the batting on this occasion, the last time I would ever do so. Unusually, I was seeing the ball well and got off to a storming start. But my tardiness between the wickets forced me to dive in the crease to avoid yet another run out.

I was 15 stone at the time and I hit the deck like a Sunderland flying boat landing. In doing so, I thought I had pulled a groin muscle and told the umpire it was my intention to retire but before doing so I wanted to try and get a half century.

However, my confidence perked up a bit when I hit a dozen or so runs off the next over and decided to try and better my previous best of 74. Somehow I found myself on 94 but was limping badly. So I decided to go for broke and see if I could hit a six for my first ever ton.

The bowler kindly delivered a full toss and I middled it perfectly and was pretty sure a six was definitely on. But I forgot about young Batey patrolling the boundary and he pulled off a diving catch that Ben Stokes would have been proud of.

I trudged forlornly, head bowed, back to the dressing room, out for 99, one short of a maiden century after all those years. I was disconsolate and my mood did not get better when I was having a drink with my family after the game and my eldest daughter Zoe said: “Don’t worry Dad, it’s only a game.”

Steve Batey has taken many fabulous catches since those days – but none which has generated such disappointment as my last ever competitive game of cricket.

Stomper always kept us in fits of laughter

Now as John Malcolm Stamp chose to abuse me so cruelly when I lost the cup final for the club, I thought I might attempt to get my own back by relating a story about his own cricketing pursuits.

To be honest, there are many stories I could tell about Stomper who kept us in fits of laughter with his ability to come up with a suitable nickname for every player. Mine was Eagle – not because I soared through the air taking a catch but because I was losing my hair – Bald Headed Eagle.

Stomper was batting at Dorchester against a bowler who was more than a bit lively. The first ball his him of the inside of his thigh. Always painful. The second ball hit his other thigh. I was down the other end and heard his wince.

He gave the bowler one of his most evil looks and said: “Why don’t you bowl at the bloody wickets?” The third ball demolished all three stumps. Stomper tucked the bat under his arm and as he passed the bowler, he uttered: “That’s the ball I meant.”

That note brings to a conclusion this four part series on my cricketing days. They bring back so many happy days and I have friendships this day which were made on the King George V cricket field, friendships which I know will last until we take our last breath.

Thank you to all for the kind words about this series.

UPLYME & Lyme Regis Cricket Club, facing a financial crisis off the pitch, put up a brave fight in a low-scoring game at the King George V playing field yesterday (Saturday). […]

WITH divisions having been finalised and a full programme of fixtures put in place for the cut-down version of the Tolchards Devon Cricket League season, Uplyme & Lyme Regis Cricket Club will be com peting against sold old foes. […]