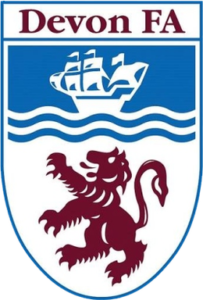 A proposal under discussion would restructure football in the South West from season 2019/20. The region would have two Step 6 and three Step 7 leagues covering Devon, Cornwall and parts of Dorset and Somerset.   The FA Leagues Committee agreed the outline of the plan at a meeting earlier this month.

The County Associations and Leagues were asked to reconvene on Friday, March 23rd, having discussed the plan with their relevant committees regarding the ownership of the new leagues.

From this meeting it is hoped to confirm the planned reorganisation at The FA’s Leagues Committee meeting when it next meets on Tuesday, April 10th.

Save the date for Seasiders’ double celebration

LYME Regis Football Club is asking residents to ‘Save the Date’ as it plans a double celebration on Saturday, May 19th. […]

IN their first Devon & Exeter League Premier East game of the season, Lyme Regis 1sts started very fast and could have been one up inside the opening moments as the high press forced Kentisbeare into a number of mistakes. […]