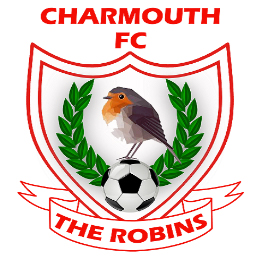 REFORMED Charmouth made a brilliant start to the new season in the Perry Street League Division Two with a 7-1 win over Netherbury, a dominating performance from start to finish.

The first half saw Charmouth pressing from the off and this paid off in the eighth minute with Brin Seward chasing down a back-pass to flick over the keeper and calmly tuck away to make it 1-0.

This was quickly followed by a great assist from Sam Dibling who crossed for an incisive strike from Jack Farrant to make it 2-0.

Netherbury had a goal disallowed for a player encroaching in the box from a goal-kick, but Charmouth continued to dominate and on 20 minutes Dibling set up Seward again to make it 3-0.

Netherbury fired back with a well-worked goal, but Charmouth then continued to press and on 30 minutes Seward completed his hat-trick, from his weaker foot, to make it 4-1.

Charmouth continued to press with Jack Farrant going close twice, hitting the side netting and then the cross bar, before Adzy Whitehouse struck a beautiful effort from 25 yards only to be denied by the cross bar.  Just before half time Seward struck again, hitting a 30-yard scorcher to make it 5-1 at half  time.

During the break, Charmouth made three changes – Ali Harvey stepping out of goal for Simon Mason, Johnny Vaughan making way for Matt Dare and Adzy Whitehouse for Chris Hayward.

Charmouth continued to dominate in the second hand with Chris Hayward’s strike flashing past the post and then Sam Dibling hitting the woodwork on 53 minutes. Seward gave way for Ali Harvey to have a run outfield. Dave Bridges gave way for Whitehouse to rejoin the field.

More pressure and then two quick headed goals, one from Dibling, heading home from a Whitehouse cross, and a Whitehouse assist from the corner for Stephen Wolloff to head home to complete the 7-1 victory. Brin Seward was named man-of-the-match.