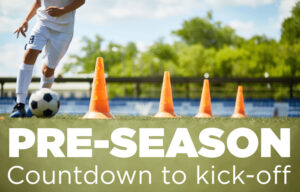 LYME Regis start their season in the Devon and Exeter Premier division on Monday, August 22 with an away game at neighbours Colyton amid rumours that a number of clubs are struggling for players.

Local football watchers were surprised to learn this week that Honiton Town had pulled their Reserve side from the Premier division due to a lack of players.

A statement in the club’s website confirmed this. The statement said: “As confirmed by the Devon and Exeter Football League’s website, we have had to take the regrettable decision to withdraw our second team from their league.  The first team will remain in the Southwest Peninsula and are unaffected.

“This decision was not made lightly, and the management team was in place with the desire, backing and attitude to take the second team higher in the league.  However, a number of players decided that they wanted to move to other clubs in the vicinity.

“Despite valiant efforts, it became clear that it could be a struggle to be able to put a team out each week.  So a deadline had to put in place to allow the players that stayed an opportunity to find other clubs if they so wished.  That deadline was Monday night.”

Last year’s Premier champions Lapford are also appealing for more players and a new manager. It is thought that a number of players were disappointed that Lapford  were not accepted into the Devon League because their facilities did not meet the criteria necessary and have gone to other clubs that play at a higher standard.

There were also rumours floating around this week that Alphington might have to pull their first team who play in the Devon League due to a lack of players.

Axminster Town has also ditched their Reserve team, which played in the Devon and Exeter Premier division last season, in favour of fielding an Under 18 side in the Somerset  Midweek Floodlit League.

Last season Lyme Regis pulled their third eleven, Lyme Rovers, from the Perry Street League due to the difficulties in fielding three senior sides every week. The Seasiders will continue with two teams for the time being with the Reserves playing in Devon and Exeter Division Three.

Seaton Town will also be playing in Division Three, having dropped down from the Premier Division last season when they lost a number of players.

Lyme will meet Colyton at the Davey Fort tomorrow (Saturday) in a pre-season friendly with a 2 pm kick-off. The Seasiders first home match is on Saturday, August 27 against Clyst Valley.

Lyme Reserves first game is at home to Broadclyst on Saturday, August 20.

Uplyme 1st team have been promoted to Devon and Exeter Division Four, after finishing as runners-up in Division Six last season. Their first match is away to Colyton 2nds on Wednesday, August 24.

There doesn’t seem to be any shortage players at  who were promoted to Perry Street Division One in their first season back in the Perry Street League. They are planning to field a Reserve team this coming season.

Seasiders back to winning form

AFTER a few indifferent results Lyme Regis 1st team were determined to get back to winning ways when Sidmouth Town 2nds visited the Davey Fort on Saturday. […]

AN all-women’s football team are for the second year running holding a fundraising match for Dorset-based charity GO Girls, to raise funds and awareness of ovarian cancer. […]

MEMBERS of Lyme Regis Football Club have been celebrating the festive season with a number of special events. […]