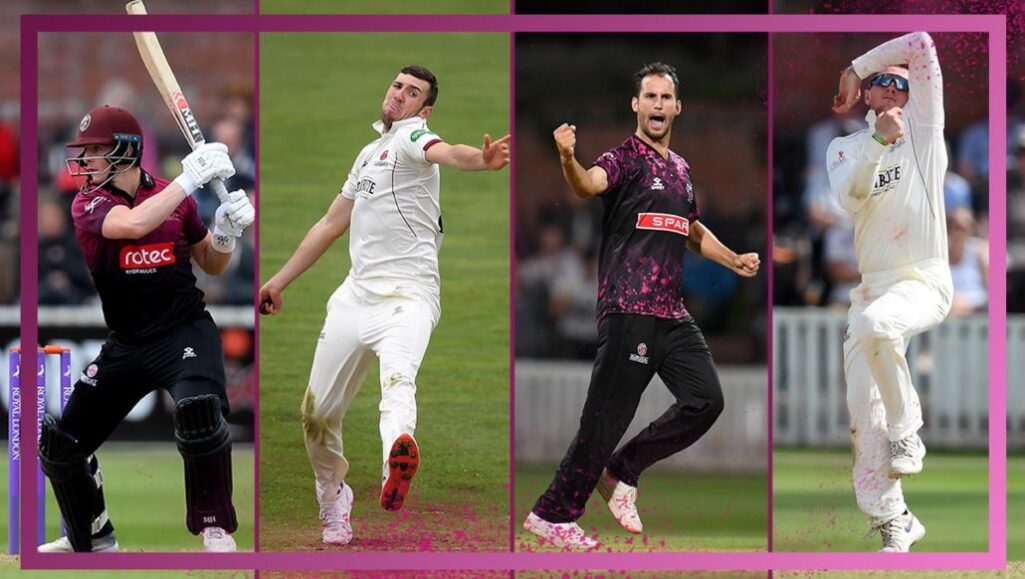 FOUR Somerset players – Tom Abell, Lewis Gregory, Craig Overton and Dom Bess – have been named in the 23-man squad for the England Lions tour of Australia, which departs the UK on January 21.

The four Somerset players will be part of the squad of 16 players who will contest the five 50-over matches against Cricket Australia and New South Wales XIs.

Lewis, Craig and Dom will also be a part of the red-ball leg of the tour.

The Lions will face Australia A, a Cricket Australia XI and a New South Wales XI in three four-day matches in the second half of the tour. A captain for the tour will be announced in due course.

National Selector Ed Smith said: “We’ve selected two exciting squads for our Lions’ tour of Australia, where the aim is not only to win matches but to prepare players for international cricket.

“With this tour we’ve got England’s short-term needs in mind, with the upcoming tour of Sri Lanka and a busy summer schedule, as well as an opportunity to provide players with relevant experience for future Ashes series.

“Australia is a tough place to tour as an England player at any level, so it will be a great test for all involved.”

ECB Performance Director Mo Bobat added: “In addition to meeting England’s Test needs, one of our goals is to broaden and strengthen our white-ball talent pool in order to deliver sustained success across both formats. We have some exciting young players travelling in the squad this winter who we believe have what it takes to step up in the future. With several young players selected for the England ODI tour of South Africa, the Lions can provide a developmental opportunity to an extended group of players.

“In selecting our squads, we have given careful consideration to players who have been presented with franchise cricket opportunities and, for some, these competitive experiences are exactly what they need at this stage of their development.

UPLYME & Lyme Regis Cricket Club, facing a financial crisis off the pitch, put up a brave fight in a low-scoring game at the King George V playing field yesterday (Saturday). […]

Cricketers back in action

UPLYME & Lyme Regis 1st X1 returned to action on Saturday after three weeks without a game – two through cancellation due to lack of players, which resulted in a reduction of 20 points from Devon Cricket league’s D Division East, and the previous week’s game being rained off. […]

A BATTLING 64 not out from Gabriel Maltby was not enough to save Uplyme & Lyme Regis 2nds X1 from a narrow defeat against Woodbury & Newton St Cyres 2nds at the King George V playing field yesterday (Saturday). […]