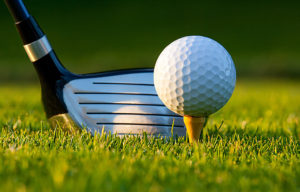 Hopefully for the last time for a while, the 16-hole layout at Lyme Regis Golf Club was used for both this week’s competitions.

Making the most of them and winning Division One of the seniors’ stableford with the best score of the day was regular podium visitor – Geoff Filtness, scoring 38 points as he plundered points at will, shooting six points better than par.

Paul Dike bettered nett par on 7 of the 16 holes as he returned 35 points to come second while the effervescent Michael Hankey scored well to take third spot with 34 points.

Division Two belonged to Jerry Garrett as his third hole 4-point birdie set him up for a winning score of 36 points, despite the efforts of Colin Conn who finished second, scoring 12 of his 35 points on three holes, while Denis McCallum finished third on 33.

The ladies’ foursomes was keenly contested and saw a really close finish as the top three all finished on 31 points. Jane Andrews and Julia Coote were worthy winners on countback, as they finished strongly, while Cyndy Mudford and Amy Mudford showed family strength in second with Di Harris and new member Carol Watson taking third spot.

LYME Regis Golf Club kicked off their week of celebratory golf with an open 125 medal competition which produced some spectacular results as many participants rose to the challenge. […]

A TOUCH of Hollywood glamour came to Lyme Regis for a recent Oscars-theme night at the golf club. […]

THE seniors’ Briggs Trophy, a par-bogey competition is something different, and in the wet squally conditions at Lyme Regis Golf Club was not going to see some brilliant scores, but persistency would pay dividends. […]