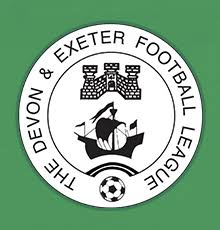 The Devon & Exeter League have announced that the first games of the season will be held on Saturday, September 19th with a 3 pm kick-off.

On Saturday, September 26th Seaton Town will meet in a local derby at home to neighbours Coyton and Sidmouth Town 2nds are at home to local rivals Feniton 1sts.

Lyme Regis 1sts will get their first taste of league football on Saturday, October 3rd when they travel over the Devon border to meet Beer Albion 1sts.

In Division One East Lyme Regis Reserves don’t start their season until Saturday, September 26th away to Exmouth Spartans.

The reformed Axminster Reserves will be playing in Division Two East where they are much fancied. They start on Saturday, August 19th away to Pinhoe 1sts, but the following Saturday (September 26th) they meet close neighbours Millwey Rise 1sts in a much awaited local derby.

Full fixtures can be viewed of the Devon & Exeter League website – defleague.co.uk