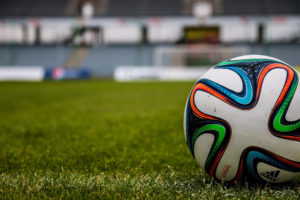 AMONG the games in the Devon & Exeter League called off today was the Colyton v Feniton fixture.

Feniton are challenging for Premier Division honours and would have been looking for all three points, especially after an inspired 4-1 victory over Lyme Regis at Ottery St Mary in the Morrison Bell Cup on Thursday.

Only two Premier fixtures were played today, most being postponed following heavy overnight rain. But Feniton pulled the plug on their game against Colyton because their goalkeeper, who played against Lyme, went down with potential coronavirus symptoms and was told to self isolate.

As he played on Thursday, Feniton wisely decided the best course of action was to postpone their game.

Feniton Football Club later confirmed that the goalkeeper was in fact suffering from mumps and did not have the virus. However, it had decided to cancel all its games as a precaution.

The Devon & Exeter League has ruled that there should be no shaking hands between opponents in all league fixtures, but this stipulation did not apply to cup games.

In the only two Premier games played today, Bampton lost 3-2 at home to Upottery and leaders Okehampton Argyle beat Kentisbeare 2-0.

LYME Regis 1st team have their last chance of silverware this season when they bid for a place in the semi-final of the Grandisson Cup this Thursday (April 10). […]

A GREAT strength of Lyme Regis Football Club down the years has been the high standard of the club’s goalkeeper talents. And that is certainly still the case today with the club able to call on five very competent glove men for its three teams. […]

LYME Regis Football Club has announced that its popular Sausage & Cider Festival, held on Saturday, was its most successful single fundraising event to date, raising £9,500. […]