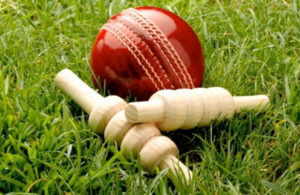 UPLYME & Lyme Regis 1st X1 returned to action on Saturday after three weeks without a game – two through cancellation due to lack of players, which resulted in a reduction of 20 points from Devon Cricket league’s D Division East, and the previous week’s game being rained off.

Uplyme entertained close neighbours and old rivals Chardstock, who won the toss and elected to field.

Uplyme fielded only ten men and were bowled out for 180 in 43.2 overs, with captain Laurie Thomas top-scoring on 54. Mark Batey, batting at No 3, weighed in with 18 runs and Rob Them (28) and Mark Brimicombe (18) made useful contributions at the end of the innings.

Richard Pyman was Chardstock’s best bowler, returning figures of 3-21 off his nine overs.

The visitors knocked off the required runs in 42 overs for the loss of five wickets, thanks to a blistering 97 not out from Gary Larcombe.

Laurie Thomas was Uplyme’s best bowler, finishing with two victims for the loss of 34 runs.

This defeat leaves Uplyme entrenched firmly at the foot of the table on 90 points. Tomorrow (Saturday) they are due to make the long journey to Barnstable and Pilton, who are lying in fourth place in the table.

About Philip Evans 796 Articles
Veteran journalist and newspaper manager Philip Evans has worked in the publishing industry for more than half a century. He started out as a reporter for Pulman’s Weekly News as a young man and went on to work for an international publishing company in the UK, South Africa and Australia before returning to Lyme Regis where he is still reporting on local events as he has done for more than 53 years.
Twitter

UPLYME & Lyme Regis 1st X1 are still looking for their first victory of the season in the Devon Cricket League. […]

WITH divisions having been finalised and a full programme of fixtures put in place for the cut-down version of the Tolchards Devon Cricket League season, Uplyme & Lyme Regis Cricket Club will be com peting against sold old foes. […]

UPLYME & Lyme Regis 1st X1 will be looking for their first win of the 2018 season this afternoon (Saturday) when they meet Sandford in the Devon Cricket League D East division at the King George V playing field. […]