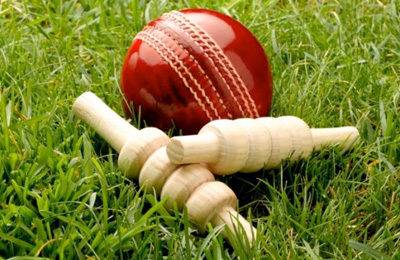 A fundraising campaign was recently launched to raise £4,000 to purchase a roller for the cricket field in Uplyme, which has been described as essential to the future operation of the club. Ownership of the cricket pavilion has further complicated the 132-year-old club’s financial difficulties, and it was announced last month that it was in danger of closing if urgent funds could not be raised.

Children will receive training in all aspects of the game, including fielding, batting, bowling and will play mini matches and competitions for prizes. Those taking part will require clothes for all weathers, plenty to drink, a snack and plenty of energy.

For further details or to book a place email Mark at mark@sportingchance-sw.co.uk

Speaking on the potential closure of the cricket club, Mr Bailey said: “This would be a travesty and a huge loss to local sport and the community, so we at Sporting Chance are trying to do a little to help. All proceeds will go towards the cricket club.”

Other local businesses and organisations have also been keen to show their support for the club, including California Fitness, Lyme Regis Regatta & Carnival Committee and the Talbot Arms in Uplyme.