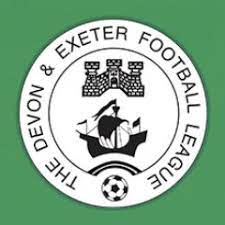 Devon and Exeter League champions, Lapford, have pulled out of the Premier division in which Lyme Regis 1st team compete.

Rumours have been circulating in local football that the champions were looking for a new manager and were short of players.

In a press release issued by the league today, it was confirmed that Lapford had withdrawn.

The statement said: “The league have received confirmation that Premier champions Lapford have withdrawn. The club have done their best to try and maintain a team but after a meeting on Monday have taken the decision to call it a day.

“Lapford have been a revelation in the league for some years and unbeaten for over a year, but sadly their history will stop at that point unless sometime in the future they emerge again.

“Although not offered as a reason, the players’ disappointment at not being accepted by the Devon League was hinted as being a major factor but whatever the issue the league is sorry to learn that the village team which has been so prominent in recent years has now come to an end.

There has been a team at Lapford for over 100 years, although they did not really get going until after the Second World War, and at one time were known as Ambrosia, but for the time being there will now be no football at the village.

The news means that as things stand the Premier Division is down to 13 teams.

Although Lapford did not lose a game last season, Lyme did take points off them in a draw.

Lapford’s application to join the Devon League because it was decided their facilities were not up to the criteria expected with a small clubhouse with no changing accommodation for referees.

It was said that a number of players were not happy about the decision and decided to move to other clubs to play at a higher standard.

A spokesperson for Lyme Regis Football Club said: “We are sorry to hear that we will not be playing Lapford again in the coming season. We have enjoyed a many battle with them. It is disappointing to see so many clubs pulling out of various divisions.”

Lyme have had to withdraw their third eleven from the Perry Street League and Axminster Town and Honiton Town, whose first teams play in the South West Peninsular League, have pulled their reserve sides.

LYME Regis Reserves must hit the road again if they are to reach the Dorset Intermediate Cup Final for the first time, writes Sid Hansford. The Ressies, who lifted the Dorset Junior Cup in 2000 and […]

AFTER a disappointing draw against a very physical Winsham last month, Charmouth ran out easy winners in the return fixture with a 7-0 victory to maintain their second spot in Perry Street Division Two. It […]

Perry St Spring Series 2021 Uplyme 1sts 4, Waytown 1 WITH no recognised goalkeeper available and key players missing, this game could have been a big task, but Uplyme continued their good form with an […]