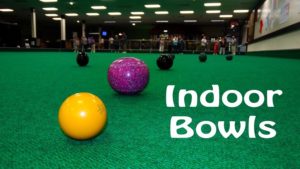 BRIDPORT Ladies A teams title deciding match against the Dolphin A in the County League was postponed due to the snow but the B team journeyed to Dorchester and returned with a superb 63-32 win over their C team.

Sharon Heath, Erica Sarson, Jill Harding and Liz Walker opened up with a 9-0 lead and

Margaret Clapp and Pamela Daters are through to the area final of the Ladies National Over 60s competition where they will play a duo from Taunton Deane at Yeovil on the March 16th.

They booked their spot with a fine win at Moonfleet against Ann Chislett and Cathy Desmond, their opponents throwing in the towel with three ends remaining.

Clapp has a fantastic record at National level indoor and outdoor, particularly with the late Sue Hosking and the duo were widely regarded as one of Dorset’s finest ever pairs.

LYME Regis Bowling Club staged its finals weekend with some new names on the trophies. […]

BRIDPORT Ladies A team are now neck and neck at the top of the Dorset County League Division One table with Dolphin A after taking six of the eight points against East Dorset A. […]

IN the leagues, again it is the men’s 1st team at Lyme Regis Bowls Club who are struggling for points with another whitewash at home to Poole Park. […]