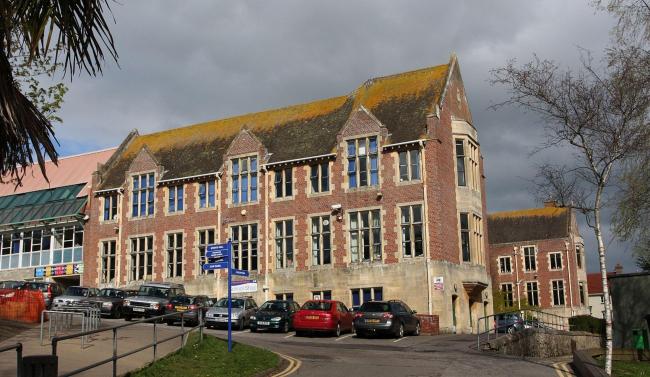 THE Woodroffe School in Lyme Regis saw up to 98% attendance when students returned to the classrooms last month.

In his latest news update to parents, headteacher Dan Watts said it was a “real privilege” to welcome students back from March 8 following the easing of lockdown restrictions, adding: “It was great to hear just how happy they were with being back amongst friends and with their class teacher in front of them.”

The first day attendance was described as “incredibly strong”, with at least 95% attending across all year groups.

Mr Watts added: “We recognised that the return to school created anxiety for some and that the idea of wearing face coverings in lessons was less than ideal.

“Our students have yet again demonstrated just how resilient they are and have complied superbly with the new measures, aimed at keeping our environment as safe as possible.”

As students returned, the school began on-site later flow testing for COVID-19, which has covered 86% of the student population.

Woodroffe completed a total of 3,615 tests, with only two tests returning void and all the others showing a negative resulting. The school’s home testing programme has now started, replacing the on-site testing.

Mr Watts commented: “I would like to extend my gratitude to the team of school staff, volunteers and ex-students who did such a fantastic job during the testing programme.

“The team were incredibly efficient, completing a record 106 tests in an hour on two separate occasions.

“In addition, the testing team were extremely compassionate with students, helping to put them at ease and ensuring that they were able to complete the tests effectively. Thank you to you all, you are amazing!”

Staff the Woodroffe School were thanked for their efforts during the pandemic with an anonymous gift recently. Two boxes arrived at Mr Watts’ office containing enough sweets for all the staff, and signed from ‘A. Parent’.

Mr Watts commented: “I would like to extend my thanks to ‘A. Parent’ for their thoughtfulness and kindness, it really did brighten then day for all the staff at Woodroffe, thank you!

“Finally, I would like to thank you all for your continued support, your messages and kind words mean a lot to the staff at Woodroffe and help during these challenging times.”

Meanwhile, progress on a new teaching block on the school grounds continues as the bank between the tennis courts and sports hall is excavated.

The development will include a new, two-storey teaching block with classrooms and a group learning space, library resource centre and additional office space to help improve the school’s academic offering.

Funding available to support health and wellbeing for schools

PUBLIC Health Dorset is encouraging schools to apply for money to help improve emotional and mental health and wellbeing through physical activity for their whole school community. […]

THE Woodroffe School in Lyme Regis has achieved another remarkable set of GCSE results, with 83% of students gaining more than five standard passes including English and maths. […]

LYME Regis Museum has provided free entry passes for the year to every child at two local primary schools. […]

UPDATED: More local tributes have been made to Prince Philip and town crier Alan Vian will be making a special cry in his honour at 11am - we’ll be bringing you live coverage on our Facebook page #lymeonline #lymeregis #dorset #PrincePhilip https://t.co/U9wql6z8jO
View on Twitter
0
1