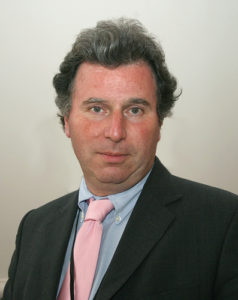 WEST Dorset MP Sir Oliver Letwin has had the Conservative whip withdrawn after voting against the party line in last night’s Brexit backlash.

Sir Oliver opened the debate on a motion to see MPs take control of parliamentary business in an effort to stop a no deal Brexit.

The motion was passed last night (Tuesday) by 328 votes to 301, and Sir Oliver was one of 21 Conservative MPs to then have the party whip withdrawn after voting against Prime Minister Boris Johnson.

Losing the whip means Sir Oliver has been expelled from the Conservative party. He does not lose his seat but continues to sit in the House of Commons as an independent, and has effectively been barred from standing as a Conservative in the next general election.

However, Sir Oliver has previously stated he does not intend to stand in the next general election.

He has represented West Dorset as a Conservative MP since 1997 and has previously served as Chancellor of the Duchy of Lancaster and Minister of State for Government Policy.

MPs are now debating a motion to force an extension to the Article 50 process in an attempt to prevent a no-deal Brexit on October 31.

A vote is expected to be made at about 7pm tonight and, if passed, the Prime Minister has announced his intention to call a general election next month.

Here’s a rare species – a politician you can trust!

NATIONAL politics rarely creeps into this column, if at all. After all, it’s called Lyme Matters – matters about Lyme in a town that matters. […]

The sun is out – so who cares about about easing out of lockdown?

THE heading on the latest press release from the town council said “Lyme Regis gradually eases itself out of lockdown”. […]

Does 'council speak' put you off engaging with your local councils? #lymeonline #lymeregis #dorset https://t.co/uDYQy4w6xc
View on Twitter
0
0

The council will hold its first face-to-face meeting for over a year in the Marine Theatre this week #lymeonline #lymeregis #dorset https://t.co/2Cj4NIqDPu
View on Twitter
0
0