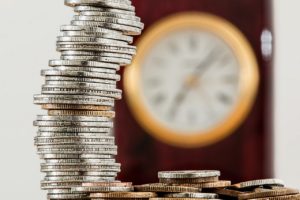 A NUMBER of weaknesses in Lyme Regis Town Council’s financial systems have been highlighted by an auditor’s report, with the problems put down to the long-term absence of a finance manager.

The council’s finance manager went on long-term sick leave in 2018 and later left the organisation, and a permanent replacement has not yet been found.

An interim finance manager joined the council at the start of the 2019/20 financial year and was due to take up the post permanently, but has since stepped down.

While the council is well-known to be in a strong financial position, with reserves of about £1.3million in the bank, the latest auditor’s report outlines “significant control weaknesses” in its financial systems.

It reported that staff were “weeks behind schedule” with regards to posting and reconciling all of the bank account transactions, reconciling customer and supplier accounts and ensuring that the council’s accounts were up to date.

It added: “The sheer volume of work means that it may not be possible to bring the accounts back up to date in a timely manner just using the current resources.”

The report stated that if the council failed to bring key financial controls up to date, it could make management of the council’s budget throughout the year more difficult, and could impede the budget setting process for 2020/21, which is now underway.

It added: “Delays to processing bank payments and receipts both increase the amount of time it takes to reconcile debtor and creditor accounts, increasing the time it takes to identify and take action of any issues with debt collection, and further tying up staffing dealing with creditors who have overdue accounts and are threatening to stop supply or take legal action for the recovery of debts.

“If these weaknesses persist until the end of the financial year, they are likely to result in a fail on the control areas of bank reconciliation, budget management and (potentially) income.”

Problems caused by the absence of a finance manager were further emphasised in reports from town clerk John Wright at last week’s meeting.

In his annual statement of internal control and risk management, he said that there were failings in financial controls, timely processing of invoices and delays in undertaking bank reconciliations.

Mr Wright said the absence of a finance manager had created extra work for the finance assistant and this was causing a dilemma.

He explained that unless other officers undertook these functions regularly, they wouldn’t be able to substitute for the absence of a finance manager, but if they did undertake these tasks, they would not doing their own job and would be carrying out higher-level functions that fall into a higher salary grade.

Councillors did not look in depth at the auditor’s report at last week’s meeting because of the particularly long agenda that ran until 11.40pm.

This item was instead deferred for discussion next month, although the Mayor of Lyme Regis, Councillor Brian Larcombe MBE noted it was important they debated it in full as in contained some serious concerns.

THE Mayor of Lyme Regis has described the relationship between the town council and new Dorset Council as “broken”, in light of an ongoing dispute over land at Monmouth Beach. […]

THE town council has said it is investing more resources into keeping Lyme Regis seafront clean and tidy during the busy summer season.
[…]