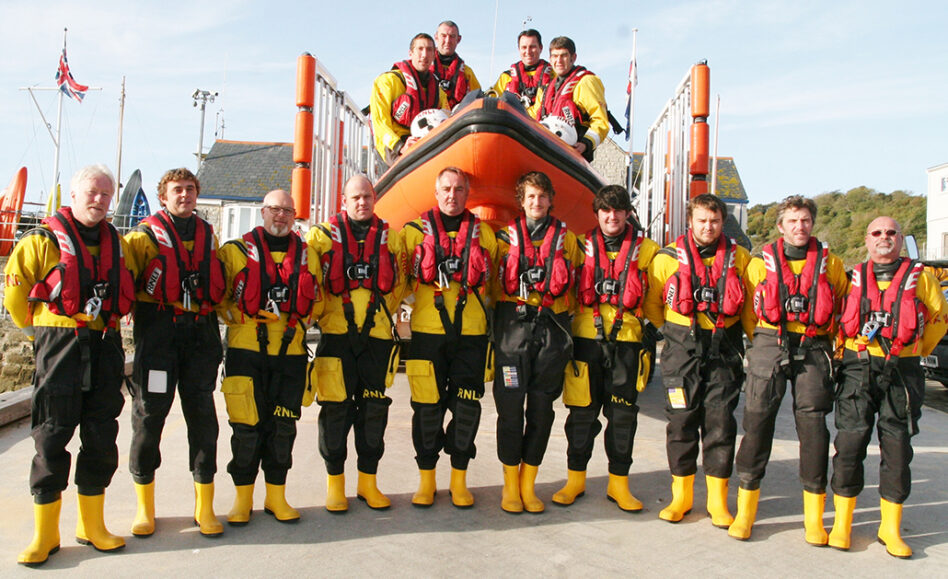 THREE rescues due to be screened by the BBC, plus a special Christmas film featuring the crew and their families, and an all-time record of £40,000 raised during Lifeboat Week – these were the highlights of 2019 for the volunteers of Lyme Regis lifeboat crew.

The man at the helm of the lifeboat station, operations manager Nick Marks, said: “Once again teamwork and training by the crew and tremendous fundraising efforts by the Lifeboat Supporters Group have contributed to a very successful year for our volunteers.”

The rescue of two 14-year-old boys being swept out to sea from the River Axe in June is due to be seen in the BBC’s ‘Saving Lives at Sea’ series early in the New Year.

Video using a helmet camera worn by a crew member shows the boys’ dramatic rescue as they clung to each other at sea.

Senior helm Tim Edwards, who was aboard the lifeboat when the two schoolboys were rescued and who features in the BBC film of the incident, said: “It was a generally a safe and successful 2019 but the rescue of those boys will remain with me for many a year.

“It was a wonderful end to an incident that could have been so different. It’s what makes all our volunteer work and training so worthwhile.”

Footage shot during two other ‘shouts’ is also expected to be featured in the series later this year. They are the rescue of two ex-professional sailors whose dinghy capsized and the successful search for a woman trapped on cliffs with her two dogs.

The RNLI also released a special festive film featuring the Lyme Regis crew and their families just before Christmas.

The Lyme Regis lifeboat crew answered 33 emergency calls during 2019, a third of them to people cut off by the tide. The first two ‘shouts’ of the year were to such incidents in the Charmouth area.

“Although the year was largely successful there was also sadness when an extensive search by our crew, Exmouth lifeboat and the coastguard helicopter failed to find a man who, it transpired, died in the Freshwater Bay area.”

LYME Regis Town Council will write to the South Western Ambulance Service to complain about “unacceptable” emergency response times in the area. […]

LYME Regis coastguards, lifeboat crew and a search and rescue helicopter were called out this morning (Thursday) after a red flare was spotted in Charmouth.  […]

DORSET Police’s Chief Constable James Vaughan has issued a statement to the county’s communities following the death of George Floyd in America. […]