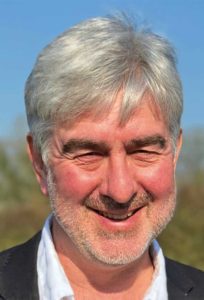 WITH a week to go before he seeks re-election, East Devon District Council leader, Ian Thomas, has resigned from the Conservative party.

In a press statement, Mr Thomas, who lives in Ware Lane, Lyme Regis, said: “With a heavy heart, I confirm my resignation from the Conservative party on April 17 2019.

“My decision was in no way related to the excellent case being presented by East Devon District Council Conservatives in the pre-election period. Theirs is an outstanding presentation based on the performance delivered by a capable and experienced Conservative led team.

“It rather reflects deep disappointment in the performance of the party elsewhere.

“I have resigned the leadership of the East Devon District Council Conservative Group but remain leader of the council until the annual meeting on May 22 if re-elected; otherwise I will step down on May 3.

“I am arranging that all 2,192 electors in my home Trinity ward receive a personal letter, hand delivered by my team and me. This confirms that should I be honoured by re-election, I will sit as an independent councillor, not aligned to any political party or group, with this simple aim; to ensure that East Devon District Council delivers the services Axmouth, Combpyne-Rousdon and Uplyme residents want and value, in a caring, open and transparent environment.”

Mr Thomas has represented the Trinity ward, which comprises of Uplyme, Rousdon, Combpyne and Axmouth, since 2009 and was elected leader of the district council in 2018. He will go head-to-head with Labour candidate Sarah Birnie in the May 2 district council elections.

LYME Regis and Charmouth fire crews didn’t have to wait long for their first emergency call-out of 2020. […]

THE first Lyme Heartbeat Day raised £2,365 towards the purchase of potentially life-saving defibrillators for the town. […]

The Volly to re-open on Irish icon’s anniversary

LYME Regis’ own ‘little Ireland’, the hugely-popular Volunteer Inn, is to re-open this week in tandem with celebrations of another Irish icon. […]