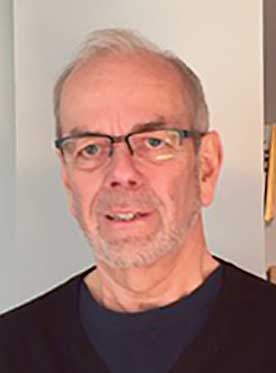 The election of chairman and vice-chairman took place last Wednesday at Uplyme’s annual parish meeting, after all 10 existing councillors were re-elected the previous week.

Following his re-election, Councillor James gave his annual report, looking back at projects carried out by the council over the past year.

His report in full was as follows: “The flood prevention improvements, have worked successfully so far and along with the work done by the lengthsman and volunteers there have been no major issues in the past year. The parish council will be considering employing a lengthsman for more hours in the coming year.

“Sadly, the Hunter’s Lodge junction continues to be an issue but I am unable to see Highways England investing any more money at this juncture.

“Many of you will have seen the resurfacing of the parking area and paths within the cemetery. This was at some considerable expense but the income from the cemetery over the last two years has almost covered the cost.

“At the same time the three large fir trees in the cemetery were felled. This action did result in some complaint but the reason was that the roots were encroaching onto some of the graves and were also preventing areas of the cemetery being used for burials.

“The village has certainly benefitted from the improvements to the River Lim path which also resulted in a proper footway opposite Stanbury, which I note is now being used on a regular basis.

“Our thanks must go to the Coastal Community Team and LymeForward for including us in this great example of cross-border co-operation. An excellent side effect is that there is now a bus stop on the new pavement rather than at the dangerous corner of Gore Lane.

“The air ambulance landing site has now had the lighting installed. I would wish to thank all those who made generous contributions to enable this work to take place and thank the trustees of the King George V playing field for their co-operation in managing the project and the finances.

“We have being trying to improve the visibility and safety on the B3165 through Yawl and beyond by encouraging residents to manage their trees and hedges. Our thanks go to all those who have done so and the road is improved. However, there are still issues with large overhanging tree branches damaging double-decker buses and we are continuing to put pressure on the county council to address this issue.

“A group of volunteers cleared the overhanging tree branches on Trinity Hill with the owners’ permission. We now have a management plan for the Millennium Copse and funding set aside.

“The government, county and district are still enforcing cuts, putting ever increasing pressure on the parish council to fulfill its obligations. The parish council’s accounting procedures and finances were again assessed which led to another rise in parish precept but we remain below the average within Devon. Reserves are now restored to a proper level.

“My thanks again go to Ricky Neave, the parish clerk who is assiduous in maintaining the account accurately and with due regard to all legal and accounting considerations. The accounts can be made available to anyone who is interested, and are externally audited annually.

“We undertook a review of the Neighbourhood Plan, which resulted in no substantive change.

“As you will be aware we have just had an election for the parish council, which has resulted in no change of personnel. I would like to congratulate all who were elected and thank Mr Bill Trundley for wishing to become involved in working for benefit of the parish. We could do with more like him!

“What the election did highlight is the fact that many within the parish do not know what we do and where we have influence or none. It is therefore my intention that we increase our profile on both social media and within local publications to better inform our parishioners.

“As for the future, we will continue trying to improve safety on the B3561 and improve the Crogg Lane ‘narrows’.

“We intend to try and develop affordable housing on the sites identified in the Neighbourhood Plan; this may involve us setting up our own Community Land Trust, which will necessitate buy-in from the whole community.

“Finally, as always, I would like to record my thanks to all those who give freely of their time to ensure that the parish remains a wonderful place to live. There are many areas covered by this voluntary work, which involves councillors, local volunteers and other committees responsible for activities and facilities within the parish.

“I would also like to thank our county and district councillors for their continued support.”

EAST Devon district councillor Ian Thomas has said he will no longer attend meetings of Uplyme Parish Council, following what was described as a “strongly worded statement” made by a parish councillor. […]

UPLYME Parish Council returned to face-to-face meetings at Uplyme Village Hall earlier this month and hope this will now continue in line with COVID restrictions after months of Zoom meetings. […]

AFTER interviewing four excellent candidates for the vacancy, the parish council has appointed its newest member, Bill Trundley, who brings a wealth of skills and experience to the team. […]