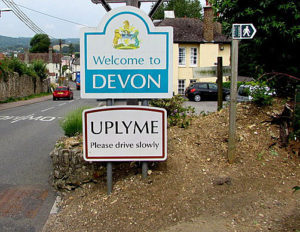 THE chairman of Uplyme Parish Council has called for his fellow members to put any acrimonious feelings towards neighbouring Lyme Regis Town Council behind them.

The relationship between the two authorities has become strained in recent months, following disputes over the park and ride site at Sidmouth Road, which lies just within the parish of Uplyme.

Lyme Regis Town Council applied for temporary planning permission to continue using the site as a park and ride facility, but Uplyme councillors objected to the plans, saying that Lyme had gone against East Devon District Council’s advice not to submit another temporary application and that it had not provided all the information requested.

Uplyme councillors also expressed disappointment that Lyme Regis Town Council had not collaborated with them.

Lyme Regis councillors said they had been in discussion with all relevant parties, but Uplyme claimed that the town council had “misrepresented” what happened in the run up to the application being submitted.

The application for the park and ride was eventually refused by East Devon District Council.

Speaking at last week’s meeting, Uplyme Parish Council chairman Chris James asked his members to “kill off any problems” between the two authorities.

The matter was raised during discussions over the King George V playing field in Uplyme being made a night landing site for the air ambulance.

It was suggested that, as the field would also be the night landing site for the Lyme Regis area, the town council should be approached to contribute towards the cost, prompting Councillor Colin Pratt to joke: “Good luck with that one!”

Councillor James replied: “Can I ask members to kill off any problems between Uplyme and Lyme Regis? Seriously, we need to be the good guys and at least try.

“There are so many issues we need to work with Lyme Regis on and if we have this stand off and name calling we are never going to get anywhere.”

However, Councillor James then added that he still felt Lyme Regis Town Council was at fault for problems regarding the park and ride.

Belinda Bawden I’VE been coming to Lyme Regis since I was five years old on family holidays, then moved here more than 20 years ago to bring my daughters up in our safe, vibrant community. […]

A LOCAL couple who provide fitness lessons for young people and those with mental health issues have been banned from using the playing field in Anning Road, Lyme Regis, for their training.  […]

TARA Webb has been elected to fill a vacancy on Lyme Regis Town Council.  […]