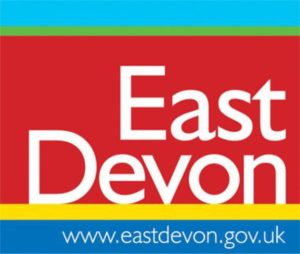 EAST Devon’s newly elected district council has met for the first time following the local elections earlier this month, and councillors have appointed a new chairman, leader and committee chairmen.

At the council’s annual meeting on May 22, Councillor Stuart Hughes who represents the Sidmouth Sidford ward was appointed as chairman, taking over from Councillor Andrew Moulding (Axminster) who has held the post for the last two years.

His vice-chairman is Councillor Val Ranger from the Newton Poppleford and Harpford ward.

Councillor Hughes, who was previously chairman of the council from 2015 to 2017, commented: “I would like to thank members for putting their trust in me to fly the flag once again for East Devon. I certainly hope that the next twelve months are as memorable and enjoyable as the two years I previously spent as chairman which wasn’t that long ago.

Councillor Hughes also paid tribute to Councillor Moulding, who was voted leader of the Conservative group on the council.

Councillor Hughes said: “I should like to thank Andrew, supported by his wife Mary, for the sterling job he has done over the last two years as chairman.”

Councillor Ingham told councillors: “We are committed to being a transparent and accountable administration. We will listen carefully to residents and communities to bring about change in a planned and managed way. We will work collaboratively with all councillors across the political spectrum.

“As the largest group, the independent group has unanimously agreed to step forward and take the lead. It’s a big task ahead, but by no means overwhelming. We are determined to prove our commitment and loyalty to East Devon is unparalleled.”

Councillor Ian Thomas, who represents the Trinity ward (Uplyme, Rousdon, Combpyne and Axmouth) has been appointed Cabinet member for finance.

Councillor Thomas was previously leader of the council when he served as a Conservative member, but he announced shortly before the local election he would be standing as an independent.

Other councillors appointed to the Cabinet were as follows:

Chairmen and vice-chairmen of East Devon District Council’s committees are as follows:

LYME Regis Town Council may consider appealing against East Devon District Council’s decision to refuse permission for continued use of the park and ride site in Sidmouth Road.  […]

EAST Devon District Council’s leader and his Cabinet have resigned with immediate effect as a new Democratic Alliance of councillors has been formed to take the majority.  […]

A DISTRICT councillor has said that Lyme Regis Town Council “failed to address the requirements” in its latest planning application for continued use of the Sidmouth Road park and ride site, which has now been recommended for refusal. […]