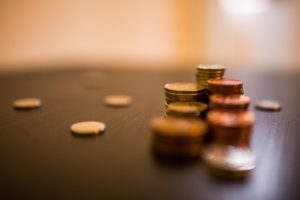 LYME Regis Town Council is expected to increase the precept – its portion of the council tax bill – by 10 per cent for the next financial year.

The council has held the precept at the same level as one of its main objectives for the past four years, absorbing the reduction in council tax support grant from the former West Dorset District Council, which has now been completely phased out, without passing it on to local council tax payers.

However, as the town prepares for the likelihood of taking on more responsibilities and assets from the new Dorset Council, members have now recommended that the precept be increased by 10 per cent for the 2020/21 financial year.

The council currently raises £120,708 from the precept – less than it has given out in grants in some years.

The Mayor of Lyme Regis, Councillor Brian Larcombe MBE, questioned at a recent meeting whether it was necessary to raise the precept when it would only “scratch the surface” of the council’s overall budget.

However, others argued that they had to start preparing for increased costs passed down from Dorset Council.

A recommendation to increase the precept by inflation at 2.5 per cent failed. The proposal to increase by 10 per cent then passed and will now go to full council for final approval.