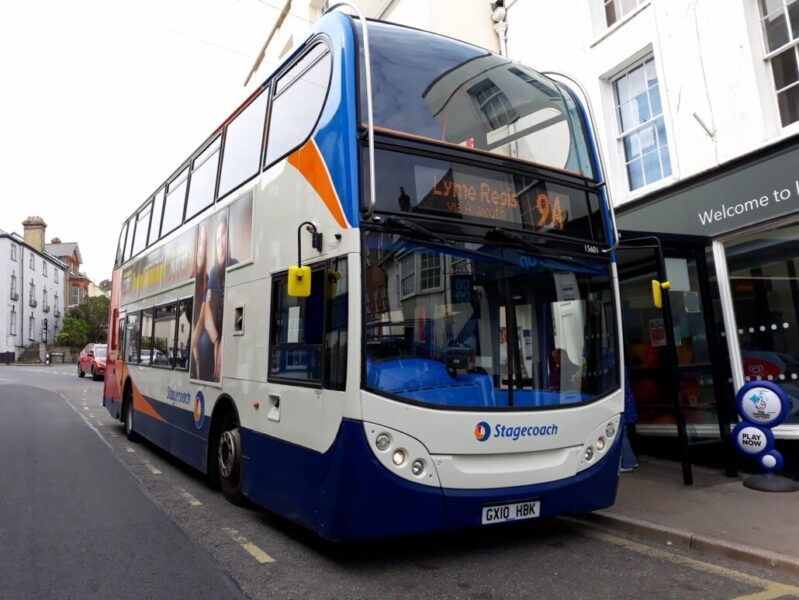 AN announcement by bus operator Stagecoach that it will be withdrawing its service between Lyme Regis and Seaton next month has been described as a “serious blow” for regular users and those travelling into the town.

Stagecoach has announced that it will be withdrawing its 9A service between Lyme Regis and Seaton from July 31 as there is “insufficient passenger demand for this section of the route to continue on a commercial basis.”

The route between Seaton and Exeter will continue to operate.

Regular users, in particular those who live in areas outside of Lyme Regis, such as Rousdon, have described the service as a “lifeline” and have criticised the decision to withdraw.

However, it is hoped that a similar service could be put in place, with Devon County Council currently looking at the possibility of a replacement.

A Stagecoach spokesperson said “We have recently undergone a review of our network working alongside our local authority partners to introduce timetable changes from the end of July. The pandemic has accelerated long-term changes to our economy and communities, including in people’s travel patterns.

“We extended Service 9A beyond Seaton to Lyme Regis a number of years ago, with no funding support from the local transport authority. As part of our recent review, it is evident that post COVID-19, there is insufficient passenger demand for this section of the route to continue on a commercial basis.

“In addition to this, with the current nationwide shortage of bus drivers, we need to concentrate our resource on the services where demand is greatest to ensure that vital journeys and connections are maintained and to provide a network that best meets the changing needs of the communities we serve.

A spokesperson from Devon County Council added: “Stagecoach is  making a number of changes to their commercial local bus services from the end of July which will impact on the section of route between Seaton and Lyme Regis.

“Devon County Council is currently looking at options for any replacement and further details will be available in the next couple of weeks.”

One visiting couple, who are lodge residents of Westhayes Caravan Park at Rousdon, said they use the 9A service to Lyme Regis or Seaton on a fortnightly basis.

They commented: “We are all encouraged to use public transport as much as possible to reduce impact on the environment and the excess of cars using the car parks in Lyme Regis.

“Like many other people we use the bus, as walking up the hills to each main car park is impossible due to our age.

“We may not be full-time residents in the area, but we do not occupy property that could be used by locals, our property is a lodge, and as a result ourselves and many others contribute to the businesses and wealth in the area.”

Another resident commented: “I would think this would be a serious blow to people travelling in to Lyme if the route is terminated at Seaton, especially now given the recent increase in the car parking charges at Holmbush car park from £2 to £10 per day.”

Another criticised the decision coming just as Aldi has announced it will shortly be opening a new store in Seaton.

They added: “This would also create a public transport gap along the South West footpath and Jurassic Coast, at a point where many people walk the Undercliff to return by bus from Seaton.”

Many of those who use the bus to travel around Lyme Regis town centre have also criticised the decision to withdraw, saying it is a lifeline for those who cannot easily walk around the town, especially as the 71 town bus service only runs until 3pm, and the 9A runs seven days a week until the evening.

BUS operator First Wessex has introduced a revised winter timetable for the X51 and X53 services which aligns better with the train timetable at Axminster station. […]

Axminster train services to be affected by flood works

TRAINS will not run through Axminster – the closest rail station to Lyme Regis – for nine days during September.  […]

Ring & Ride bus can help you get out of the house

MY name is Sandra Ward and I am chairman of the Axe Valley and West Dorset Ring and Ride. […]