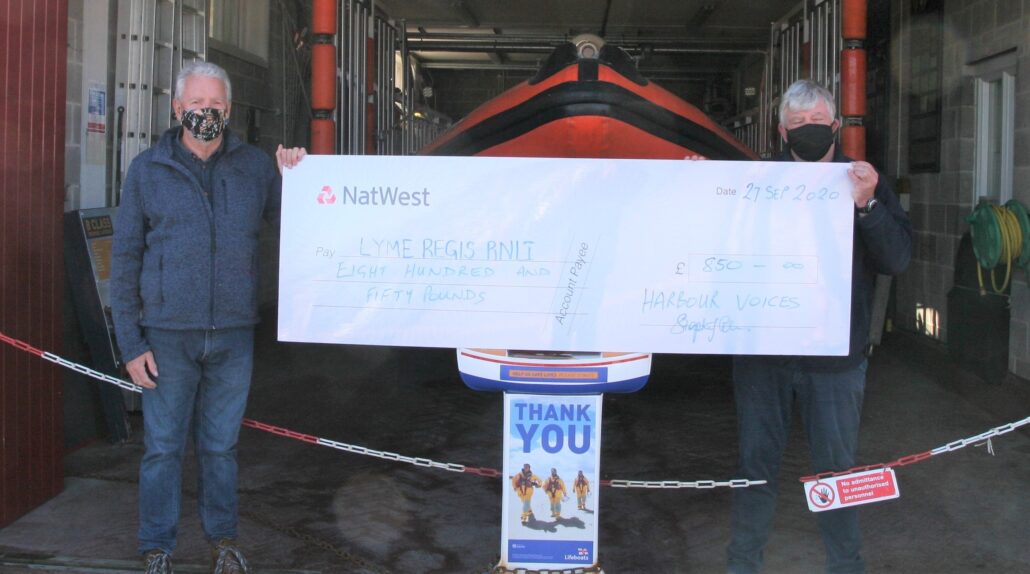 A GROUP of Lyme Regis shanty singers have presented a cheque for £850 to the volunteers at the town’s lifeboat station.

The donation was raised during performances by the 20-strong group, known as Harbour Voices who specialised in songs of the sea.

The group was recently disbanded and re-formed as the Lyme Bay Moonrakers.

Treasurer of the singing group Steve Coles, who presented the cheque to lifeboat operations manager Nick Marks, as pictured above, said: “We had a vote to decide who should get the donation and the RNLI came out on top by a long way.”

The Lyme Bay Moonrakers have already agreed to perform at the annual Blessing of the Boats service at Lyme Regis lifeboat station on May 9 next year.

Emergency services called to reports of ‘person swept off the Cobb’

LYME Regis lifeboat crew and coastguards were called out on Sunday morning, following reports that a person had been swept off the Cobb wall.  […]