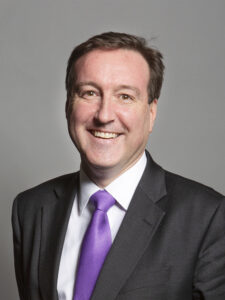 AN open editorial supporting independent news publishers by Chris Matheson, MP for City of Chester and Shadow Minister for the Department for Digital, Culture, Media and Sport

Mr Matheson has given his full backing to the #saveindependentnews campaign, being led by the Independent Community News Network, of which LymeOnline is a member, and the Public Interest News Foundation.

The campaign is fighting for fair support during the coronavirus pandemic for independent local publishers, such as LymeOnline, most of which have so far received no government support and have not been included in the government’s public health advertising campaign.

“Life was tough enough for local newspapers before the coronavirus outbreak. But it is precisely crises like this that show the need to maintain a robust, diverse media that can hold authority to account and provide a lifeline public service to our communities.

“Print titles were already in decline as more advertising – a source of vital revenue – is going online to be hoovered up by the tech giants.

“The news you read still has to be gathered and reported. But the dominance of platforms like Google and Facebook allows them to generate immense profits by taking these stories and repackaging them, limiting the power of low-paid local journalists over their own content.

“The big companies benefit, as they always seem to, but the rest of us suffer.

“There are good and obvious reasons why local papers and radio are more trusted by the public than the nationals and social media companies such as Facebook.

“But so many of our locals have gone to the wall in the past decade that now more than half of all parliamentary constituencies are without a dedicated daily local paper, according to the National Union of Journalists.

“When the coronavirus struck, spending by companies on advertising plunged through the floor and now more papers face collapse.

“Labour called for the government to step in and bolster the industry by using its own advertising budget to provide public health information and advice. So, we welcomed the news that a deal had been reached for the Government to spend up to £35 million for newspaper wraparound advertisements.

“This is good news for the national, regional and local titles who stand to benefit. But we need to guard against it becoming a favoured relationship between the government and the big media groups, rather than supporting journalism across the board. While the wealthiest and most profitable publishers benefit from this scheme, independent titles argue they have been excluded – and it is many of these who are saying they may only survive another few weeks of the crisis.

“As well proving a service to the public, independent papers such as this one you’re reading also provide a feeder service of news to the rest of the industry. It is in everyone’s interests to support them, particularly now when trusted and localised news is a matter of public health – whether it is local councils co-ordinating support for vulnerable people, or healthcare professionals updating us on what is happening in our hospitals and care homes.

“We need to develop a fair system of support for local newsgathering – one that is equitable across the industry and addresses the freeloading of the online giants.

“But for that to happen, there has to be a local news infrastructure left when we emerge from this crisis. The government needs to explain how and why the first tranche of this money was allocated, and how it plans to support independent titles, to keep them rooted in and serving their communities.

“The public’s response to the coronavirus has demonstrated the very best values of solidarity and compassion. Labour will continue to push the government to respond in the same spirit, and a bailout just for the big boys cannot be justified.”

MPs across the political spectrum have publicly spoken in support of independent news publishers, with the News Media Association recently publishing many of their comments. West Dorset MP Chris Loder has also offered his support to LymeOnline.

LymeOnline was nominated alongside some of the leading players of the media industry at the national newsawards 2021. […]

WE may have a moan about the town council, take offence of some caustic remark on Facebook, worry about the “non-existent” drug problems in Lyme and get fed up of our crowded streets during the summer months. […]

Help available for those struggling with Council Tax

DORSET Council has encouraged residents who may be struggling to pay their Council Tax during the coronavirus epidemic to get in touch.  […]