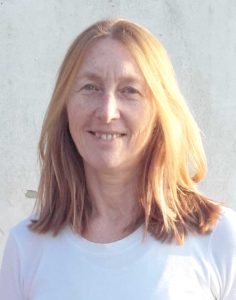 A SECOND complaint about the behaviour of Lyme Regis town councillor Belinda Bawden has been dismissed by Dorset Council’s monitoring officer.

A second complaint against Cllr Bawden (pictured) was submitted by chair of community interest company LymeForward, following a public falling out in April.

In a report, Cllr Bawden – who was then the council’s representative on LymeForward – expressed concerns about a “lack of governance” and high turnover of volunteers, staff and directors within the organisation.

In response, Ms Davies said she had been the subject of an “unremitting campaign of serious victimisation, intimidation and persecution” by Cllr Bawden since taking over as chair in March 2020.

She made an initial complaint to Dorset Council’s monitoring officer Jonathan Mair to this effect, but this was dismissed in May with Mr Mair saying there was no evidence to support it.

Ms Davies has since submitted a second complaint, accusing Cllr Bawden of “dishonesty, bias and victimisation”.

In her complaint, Ms Davies pointed out that Cllr Bawden represented seven local organisations on the council, and clearly had close contact and input with all of these except LymeForward, and she had not shown interest in meeting.

Referring to Cllr Bawden’s report on LymeForward which started the dispute, Ms Davies said: “The style and presentation of the LymeForward report is blatantly at odds with the tenor of the other five external reports.

“It is factually incorrect, subjective, emotive and libellous. It makes a number of unfounded allegations, assertions and generalisations.

“This latest demonstration of Cllr Bawden’s approach to LymeForward, released into the public domain, needs to be investigated with regard to dishonesty, bias and victimisation.”

She added that, following the ruling on the first complaint, the directors of LymeForward felt there was further supporting evidence of Cllr Bawden’s “intimidatory behaviour and performance”.

Ms Davies said she would not accept a personal apology from Cllr Bawden and called for a disciplinary investigation and public apology.

However, Mr Mair has now dismissed Ms Davies’ second complaint, saying that both he and an independent person appointed to look into the case agreed there was no evidence to support her latest claims.

He added that he will not accept any further complaints from Ms Davies on this subject.

In response to the decision, Cllr Bawden said: “Dorset Council’s monitoring officer and independent person have found no evidence to support the second complaint against me by Sue Davies, chair of LymeForward.

“As this is the second allegation with no supporting evidence, Sue Davies will now be blocked from making any further complaints on this.

“It is unfortunate that Sue Davies chose to circulate an edited version of the monitoring officer’s first decision to all councillors except me, and that councillors have been sending or making similarly false accusations publicly without copying me in or discussing their concerns with me.

“I hope now that both complaints have been found to lack any evidence and that Sue Davies is been blocked from further action to Dorset Council, councillors will also stop amplifying these vexatious allegations.”

After the monitoring officers first decision was discussed by the town council, Cllr Bawden said she had been made to feel “distressed, embarrassed and unsafe” at meetings and had asked for urgent attention to be paid to councillors’ behaviour.

She added that she would no longer be attending council meetings until the issue was addressed, but she has since been present at meetings.

Your solutions to Lyme’s traffic chaos

IT’S been debated in the council chamber for years on end but no real solution has ever been found to Lyme Regis’ increasing traffic congestion problems. […]

The council got it right this time

THEY said they would get it right – and they certainly did this Bank Holiday. I refer, of course, to the town council’s assurance that there would be no repeat of the awful mess left on the Marine Parade, and other associated problems, after the early May Bank Holiday. […]

Generosity comes at a price

WHEN it comes to financial support for local organisations, there can be no denying that Lyme Regis Town Council is the most generous of all the towns and parishes authorities in Dorset. […]