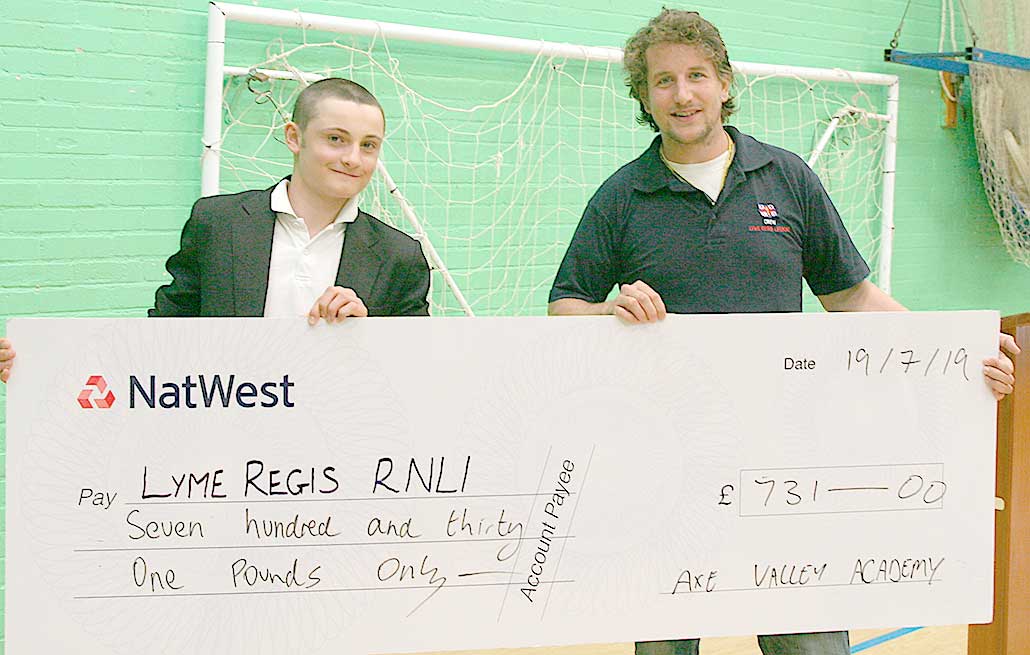 AXE Valley Academy in Axminster has raised more than £700 for the RNLI in Lyme Regis, following the rescue of two of its pupils last month.

One of the 14-year-old boys to be rescued, Archie Woollacott, handed a donation of £731 to the lifeboat crew’s volunteer helmsman Murray Saunders at the school’s last assembly before the summer break.

The money was raised by Archie, who had his head shaved for sponsorship, and by hundreds of his fellow students who donated on a non-school uniform day.

Archie, from Fishpond, Dorset, and his friend Bo, were rescued by Lyme Regis lifeboat crew after being swept out to sea from the mouth of the River Axe on June 28.

Youngsters at the packed school assembly were given some sea safety advice by Murray on the eve of their six week summer holiday. He warned against so-called tomb-stoning and urged the students to remember the RNLI’s message to ‘Respect the Water’.

Respect the ‘Rule of Six’ for your own safety, say police

DORSET residents are being urged to play their part and prevent the spread of coronavirus after new regulations have come into effect making it illegal for groups of more than six people to gather socially. […]

A GROUP of Lyme Regis shanty singers have presented a cheque for £850 to the volunteers at the town’s lifeboat station. […]