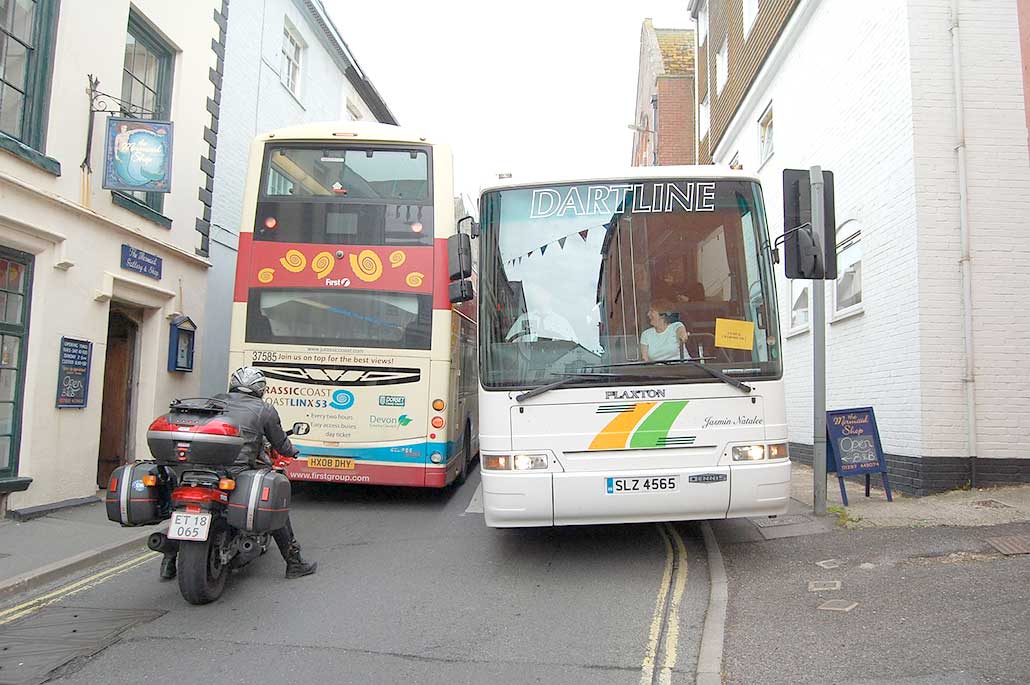 RESIDENTS of Lyme Regis have urged local councils to take note of their concerns and address the town’s increasing traffic problems.

But on receiving the report in March, councillors and the town clerk expressed “bitter disappointment” with its results, with one of the main concerns being that it did not include public consultation as promised.

In light of this, LymeOnline turned to its readers to ask for their suggestions to Lyme’s traffic woes, and has been inundated with responses over the past two weeks.

Suggestions have included moving traffic lights in Church Street, an option which the highways authority has previously ruled out as unviable; banning large buses and coaches from the town centre; various one-way systems around the town; tighter restrictions on delivery vehicles; improved signage; and even pedestrianising Broad Street.

Many residents have called for the town council and new Dorset Council to take note of their concerns, saying it is now time for action after decades spent debating the issue with no real progress.

One response from Margaret McLaren read: “There are solutions if only the powers that be would take definitive action and stop wasting money on surveys, which only told us what we already knew.”

LYME Regis could suffer another major landslide if controversial plans to demolish a seafront bunglaow and replace it with a three-storey house go ahead. […]

THE Mayor of Lyme Regis and three other town councillors this week walked out of one of the most explosive public meetings seen in recent years. […]

Lyme Regis could be heading to the ballot box again

I WAS disappointed when it emerged that Lyme Regis Town Council’s youngest member, 22-year-old Leon Howe, had decided to give up his seat. […]