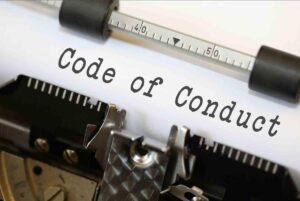 POOR and sometimes offensive behaviour from a handful of town and parish councillors across Dorset may be putting people off seeking public office or resigning as councillors.

Among the claims is that a small number of councillors have used social media to make racially offensive remarks..

Dorset Council members have been told that there is a widespread lack of faith in the system to make complaints about councillors’ behaviour, with many believing the punishments available are too lenient and the system ineffective.

In the case of racial comments, Dorset Council’s Audit and Governance Committee was told that, because the remarks were made by an unnamed individual in a private capacity and not as a councillor, it did not come under the scope of being a disciplinary issue.

The meeting heard that some councils, notably Shaftesbury Town Council, had generated dozens of code of conduct complaints over the years, with occasions when the police were asked to get involved – although the council is seen as being an “outlier” for complaints with a long-history of personal disputes between several individual councillors.

Dorset councillors were told that special measures might be needed to be brought in for Shaftesbury to cut down on the amount of time spent investigating tit-for-tat complaints between councillors, although the situation is said to have calmed in recent months.

Cllr Robin Legg said he found it staggering that Shaftesbury town council had generated 37 complaints in 18 months and had seen the police called in to investigate 14 complaints over an eight-year period.

In 2021, Lyme Regis town clerk John Wright revealed that complaints regarding Lyme Regis Town Council made up half the total complaints received by the monitoring officer in previous years.

One respondent described the council as “a laughing stock” and said councillors did not have the town’s best interests at heart, while others complained about claims of bullying and several have gone as far as to say that the town council should be abolished altogether and Lyme Regis run from Dorset Council.

Dorset Council did not make any proposals to intervene or make changes at Lyme Regis Town Council.

Dorset Council’s Audit and Governance Committee heard that, with 1,400 councillors in Dorset, disciplinary hearings and complaints were relatively rare with 54 and 60 over the past two years.

Anthony Bygrave, who heads the council’s corporate complaints team, told the committee that in many cases a simple apology would have stopped many of the formal complaints in their tracks and saved investigations which were costing council taxpayers £30 or more an hour for independent investigators to look into them.

He said that even after investigation many of the complaints were found to have little substance and often boiled down to a difference of opinion, rather than a breach of the councillor code of conduct.

Chief executive of the county association of town and parish councils, Neil Wedge, said all councillors were offered code of conduct and register of interest training, although it was not mandatory.

He said there would always be a few who felt they had no need to undertake it, although 800 Dorset town and parish councillors had been trained last year.

Mr Wedge said many simply did not realise the time and cost involved in an investigation or the cost to democracy because people were being put off being councillors.

He said there had been problems in attracting and retaining councillors because of the conduct of a few.

“We have lost some good, community-spirited councillors, because of conduct issues and that’s a sad situation to be in with elections in two years’ time,” he said.

Newly elected Dorset councillor Belinda Bawden, who also sits on Lyme Regis Town Council, said the sanctions available were not strong enough and few people saw much point in making a complaint because of that.

She said it was also affecting people’s willingness to stand as a councillor.

“It is putting people off applying,” she said. “People are being put off becoming part of the democratic process.”

Portland councillor Susan Cocking said that the code of conduct needed to be more robust and claimed that many councillors were fed up with what was seen as a lack of suitable actions which were available when complaints were upheld.

Dorchester councillor Richard Biggs said he believed town of parish clerks often did not intervene in situations which were getting out of hand, when they should have done, because they also feared being intimidated.

LYME Regis Town Council reaffirmed its commitment to ‘go green’ and become carbon neutral by 2030, after calls for it to take more immediate action to tackle climate change. […]

Lyme Regis organisations among those to benefit from cultural grants

LYME Regis Development Trust and local music charity B Sharp are among local organisations to benefit from Dorset Council’s latest round of Community and Culture Project grants.  […]

A SECOND complaint about the behaviour of Lyme Regis town councillor Belinda Bawden has been dismissed by Dorset Council’s monitoring officer. […]