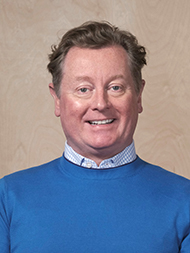 A POLICE investigation has been launched following the death of a trustee of Lyme Regis Museum and regular visitor to the town.

It was announced this week that museum trustee Paul Mason, 52, died tragically following an alleged assault in central London.

He had visited Lyme Regis since childhood and had a home in the town.

Museum director David Tucker broke the news to fellow trustees and a tribute was posted on the museum website.

The tribute read as follows: “The trustees of Lyme Regis sadly announce the tragic death of much respected trustee Paul Mason.

“Although a trustee for little more than two years, Paul made valuable contributions to the governance of the museum and played an active part in marking the museum’s centenary.

“Paul was a successful international banker and was UK CEO for Qatar National Bank. Alongside his work with our museum, he also volunteered too to support Save The Children Fund, Adventure Ashram, MNDA and the Cystic Fibrosis Trust.

“Paul regularly visited Lyme since his childhood. His wisdom, knowledge and good humour will be much missed by all at the museum. “Our thoughts are very much with Paul’s family and friends.”

The Metropolitan Police has not commented further on the case.

IN March this year, Lyme Regis Museum will be 100 years old. We’ve come a long way in recent years; we’ve doubled the size of the museum and the glorious summer of 2018 saw the museum attract almost 33,000 visitors – our highest ever. […]

LYME Regis resident Ken Gollop will give another of his popular talks on local history on Sunday, March 13. […]

Museum awarded £60,000 Arts Council funding to help it through pandemic

LYME Regis Museum is one of more than 1,300 organisations across the country to benefit from government funding to protect the cultural, heritage and arts sectors. […]