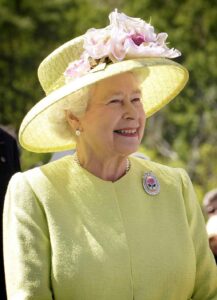 PLANS to celebrate the Queen’s Platinum Jubilee in Lyme Regis, at a cost of £20,000, have been revealed.

The town council this week approved plans for the celebrations in June 2022, which will mark the Queen’s 70 years on the throne.

Councillors set aside a budget of £20,000 for the “once in a lifetime event”, which they said would create a memorable legacy for the council.

The highlight of the extended Bank Holiday weekend will be a concert by the BBC Big Band orchestra on a stage to be erected on the beach.

The BBC Big Band performs regularly at most of the UK’s major music festivals, including the BBC Proms, Cheltenham, Edinburgh, Harrogate, Brecon and as an Associate Ensemble at Town Hall Birmingham.

It comprises of 18-plus musicians who play jazz, swing and Rat Pack classics in full black tie.

The cost of the stage, PA, lighting and sound equipment will bring the total cost of the event to £20,400.

The BBC Big Band concert in Lyme Regis will take place on Sunday, June 5 as the finale to the weekend’s celebrations.

Other events proposed include a torchlight procession, lighting of a beacon and community picnic.

The town council’s Environment Committee will be discussing taking part in the Queen’s Green Canopy scheme, a UK-wide tree-planting initiative for the jubilee.

The annual Jazz Jurassica festival will also coincide with the jubilee weekend, with a special programme of live music events being planned.

In 2012 Lyme Regis staged a weekend of celebrations for the Queen’s Diamond Jubilee at no cost to the taxpayer, including a visit by two Chelsea Pensioners.­­­

THERE were some emotional scenes on our local television station last week when D-Day veteran Harry Billinge was able to visit the new British Memorial in Normandy. […]

OVERWHELMING support for Lyme Regis Tourist Information Centre was shown in a recent public consultation, the results of which have been published by Dorset Council today. […]

LYME Regis councillors have been told their continuous public arguments over community interest company LymeForward could “cripple” the council. […]