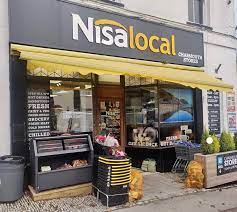 CHARMOUTH Stores has been refused permission for new condenser units on a flat roof above its storeroom.

Some neighbours had objected to the application with concerns raised about possible noise, while others supported it saying the shop had been “a real credit to our community and have provided excellent support during the recent crisis”.

The business said the condenser units were needed for new chiller and freezer boxes.

The Stores, in The Street, had also asked Dorset Council for permission to demolish two sheds in the garden, putting 10 solar panels in the same area with another 20 solar panels on the roof of a maisonette above the shop.

The power generated would partially have been used to power the new units.

In its initial comments the parish council said it was concerned about the potential increase in noise, saying: “The proposed installation will adversely, greatly impact on the visual setting of Stanley House as well as (to a lesser extent) Rupert House.”

“Any negative impact of installing solar panels would be offset by the reduction in carbon emissions, offsetting the need to purchase peak time electricity from the grid, puts unused rooftop space to good use, and helps to insulate from future electricity price fluctuations.”

Noise assessment reports were commissioned during the year-long planning process but their conclusions, which claimed only a low or zero impact on neighbouring properties, was not accepted by Dorset Council’s environmental health team.

In the decision notice Dorset Council said: “Having regard to the lack of robust evidence to prove that the condenser units will not result in significant noise nuisance to neighbouring properties, it is considered that this scheme has an unacceptable impact on neighbouring amenity.”

Last chance to have your say on Charmouth Neighbourhood Plan

THERE is just a few days left for Charmouth residents to have their say on the draft Neighbourhood Plan. […]