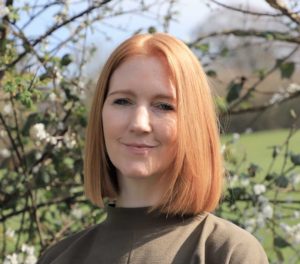 THE Alexandra Hotel & Restaurant in Lyme Regis has appointed Fiona Guest as its new general manager.

Fiona (pictured left) first joined The Alexandra Hotel in March 2008, as a receptionist. Her talent and dedication quickly shone through and saw her begin to move up through the business – first as head receptionist then as events co-ordinator.

During her 11 years, she did have one very brief break for a couple of months in a traditional nine to five role. However, Fiona quickly realised that she missed working in hospitality and in particular with the team and guests at the Alexandra, and returned to the hotel in 2012.

Director Kathryn Haskins said: “We are absolutely delighted to appoint Fiona as general manager. The Alexandra is a family business with a strong family outlook, so we make it our priority to nurture talent from within – Fiona’s progression through the ranks over the last eleven years is testament to this.

“We know that Fiona will take on this new role with the same enthusiasm and passion as her previous roles, and we can’t wait to see the hotel thrive under her leadership.”

Fiona added: “I am so grateful to be given the opportunity to step up to general manager and I can’t wait for the challenge that this new role will bring and I look forward to many more years working with at the Alexandra.”

With travel being given the green light, are we facing an influx of unwanted guests?

YESTERDAY the second home owners of Lyme Regis hit back. In a sustained – and in cases venomous – attack on social media, they were warned with veiled threats not to venture into Lyme Regis with another Bank Holiday approaching and lockdown travelling relaxed. […]

AS the numbers of people heading to Dorset beauty spots increases, police are urging the public to respect local communities and to stay safe. […]

The opening of the floodgates was no more than a trickle

I AM writing this diary entry much later than usual as I left my daily exercise routine to this afternoon so that I could comment on whether the great fears of an invasion by day-trippers as second homers, following the slight relaxation of coronavirus lockdown, were justified. […]