MEET the four candidates competing for the West Dorset parliamentary seat in the General Election this Thursday (December 12). Polling stations will be at Hallett Court and Woodmead Halls in Lyme Regis, open from 7am to 10pm – check your polling card to find your correct polling station. 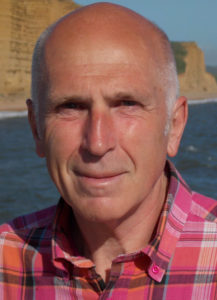 I AM a Green Party councillor on both Dorset Council (Bridport ward) and Bridport Town Council, and a former chairman of the local Green Party. I stood as the Green Party candidate in the 2017 General Election.

Before entering politics I spent my whole working life in the public sector, first as a firefighter then as careers adviser, with a short spell as a part-time university lecturer. I first went to university as a mature student after leaving the fire service, but continued studying philosophy on a part-time basis – eventually gaining a PhD in the subject.

I currently organise the Bridport Philosophy in Pubs group, a grass roots community organisation promoting philosophy and critical thinking, and I write a monthly ‘philosophy’ column for a local magazine.

I am acting the chair of Bridport Youth & Community Centre, which I helped save from closure following the former Dorset County Council’s decision to cut their funding for youth centres, and am active in many other community initiatives. After living and working in various parts of the country I eventually discovered Bridport – which I now regard as my home.

The most important issue of this General Election is not Brexit, it’s responding to our climate and ecological emergency. The five year period of the next government is half the ten year period the Intergovernmental Panel on Climate Change (IPCC) have given us to seriously reduce our carbon emissions.

But, as report after report is highlighting, we are not even getting close to doing this. Many scientists are now getting seriously worried about our lack of action. We all need to be getting worried. But more importantly we all need to be taking action.

I am actively involved in helping Dorset Council develop a Climate and Ecological Emergency Action Plan, and as your MP would put all my energy to driving forward The Green Party’s Green New Deal – a comprehensive 10 year plan to tackle this emergency by delivering a fast and fair transformation of our economy and society.

We owe it to our children and grandchildren to do all we can to secure their future. 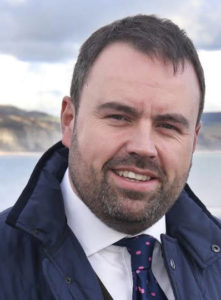 I WAS born at the Yeatman Hospital in Sherborne and enjoyed a rural upbringing on my family farm of four generations, attending primary schools at Holwell and Bishops Caundle before secondary education at The Gryphon School, Sherborne.

I didn’t go to university, instead at aged 18 I began my railway career with a job as a train guard on the Waterloo to Exeter line. I progressed to lead a team of 300 running the UK’s best performing train company, creating more train services and better connections for Dorset, while delivering the multi-million-pound upgrade of London Waterloo station.

My public service career began as a teenager when I became parish clerk for Bishops Caundle in 1998/99, and was awarded the young person’s merit award for commitment to the local community. I was elected to West Dorset District Council to represent villages to the south of Sherborne in 2013 and was association chairman of West Dorset Conservative Association for three and a half years until August 2019.

I am very clear and principled on my views regarding Brexit. I want us to leave the European Union and believe that the Prime Minister’s deal is the best way to achieve this. I voted to leave the EU in the 2016 referendum and I am the only candidate standing to deliver the democratic will for West Dorset in the 2019 General Election.

I look forward to championing West Dorset in Westminster. My key policy areas include: the environment, rural economy, the high street and tourism; local housing and better connectivity, care and wellbeing, policing and tackling rural crime.

For Lyme Regis in particular I am determined to return a pre-school to the town; I will be championing Broad Street and local businesses by driving for infrastructure investment to grow the economy, and I am committed to working hard to improve local transport networks.

You can see what I am doing by visiting www.twitter.com/chrisloder 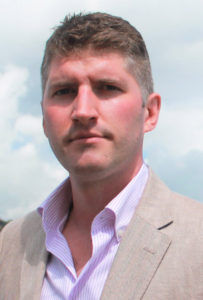 MY name is Edward Morello and I am the Liberal Democrat candidate for parliament. I am an internationalist and environmentalist, and live in Bridport with my wife Keira and our two-year-old son Casper.

I was born in Bristol and grew up in Buckinghamshire, and South Africa. I studied International Relations at university in Wales, and spent nearly a decade working in the geopolitical and security intelligence sector; supporting charities, businesses, and international institutions operating in high-risk environments.

During that time I lived in London, France and Brussels, and my job took me all over the world. My wife and I decided to settle in Bridport, the town where we were married three years earlier, to raise a family. I now work for a Dorset-based renewables company that invests in commercial solar projects.

I am a committed environmentalist. I strongly believe that climate change is the defining issue of our generation, and that we need bold environmental policies at the heart of all decision-making to avoid a climate catastrophe.

I am also an internationalist, and believe Britain is at its strongest when it is playing a leading role in international institutions like the EU.

West Dorset is a fantastic place to live, but to keep it that way we must do more to protect the communities that make it so unique. That is why as your MP I will work tirelessly to bring back those vital services whose disappearance have left residents feel abandoned and isolated. 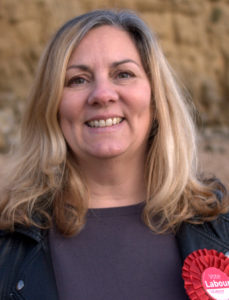 I GREW up in Dorchester and raised my family here. I work in a local school. I’ve lived in West Dorset for most of my life and I have a strong attachment to this beautiful area.

But over the years I’ve seen rising levels of inequality in West Dorset due to high housing costs, drastic cuts to public services and low wages. Cuts to rural bus services and high fares have left both old and young isolated and left others with no choice but to use their cars, when we are facing a climate crisis.

We desperately need good transport and infrastructure such as broadband, to boost West Dorset’s economy and tackle inequality and rural poverty.

Since joining the Labour Party in 2013, I’ve been campaigning for decent, genuinely affordable homes and social housing for local people and to keep NHS services and beds in the West of the county.

Education funding has been cut to such an extent that we are now seeing a damaging impact on schools and further education, endangering the future of young people and adding to a growing mental health crisis affecting the young.

Support for children and young people with additional needs has been particularly hard hit and I’ve worked hard over the past year to raise awareness about how these vulnerable children and their families have been let down.

I support a public vote on any Brexit deal and I believe that it is the way to heal the divisions that have grown over the last three years.

With a commitment to properly fund our NHS and schools, build decent homes and take action on the climate crisis, I believe Labour is the only party that can give us the transformative government we all need.

FORMER Prime Minister Tony Blair is probably not as adored by the nation as he once was, but I must admit it was a first for me when Western Morning News editor Barrie Williams told me in the morning we had an exclusive 15-minute interview and pictures with the PM. […]

A DORSET businessman has been selected as the Conservative Party’s Police and Crime Commissioner (PCC) candidate for the county.  […]

When this is over, let’s throw a massive knees-up!

7.10am. That’s my government-permitted exercise for today done and dusted. […]