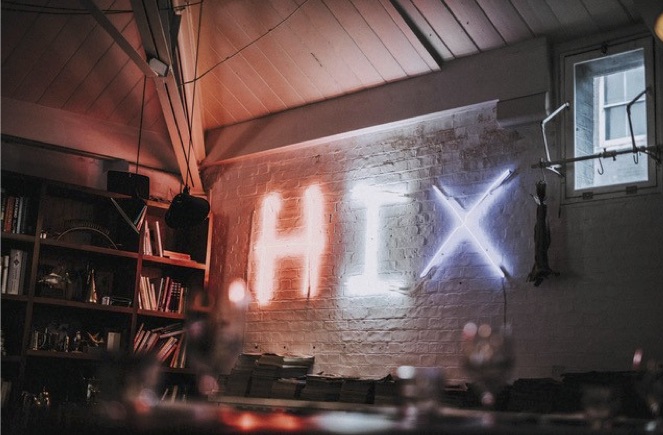 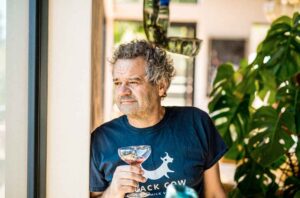 LYME Regis chef and restaurateur Mark Hix’s name is synonymous with food and art so it’s perhaps no surprise to see him opening his own ‘Hix Art Pop Up’ on the site of The Oyster & Fish House this year.

While the Lyme Regis restaurant is closed on a Monday and Tuesday until the February half term, Mark has decided to bring collections of art, vintage lighting, furniture and ‘kitchenalia’ to the restaurant for customers to purchase.

Hix is known for his love of art and collecting vintage cooking items, but the time has come to put some of them up for sale.

From meat skewers and silver cocktail shakers, retro glassware to copper fish kettles, there is something available for everyone’s budget.

Pre-pandemic, Hix would support up and coming British artists with shows at his HIX ART Gallery in Shoreditch.

Two years later he has decided to rehang in Lyme Regis at The Oyster & Fish House before taking the collections on the road – with shows later in the year at The Malthouse Gallery at the Town Mill in Lyme Regis, and Kudu in London, which will be announced this spring.

“I’ve always been a keen art collector and as such felt it important to support new British artists,” said Mark.

“As the restaurant is closed on Mondays and Tuesdays in the winter, I felt it was a great opportunity to open a pop up to showcase and sell some of this fantastic artwork.

“I am also looking forward to opening shows around Dorset and London later this year, which I will be announcing soon.

HIX ART Pop Up will be open Mondays and Tuesdays in January and February, 10.30am to 2.30pm from January 24 at The Oyster & Fish House in Lister Gardens, off Cobb Road.

THE Malthouse Gallery at Lyme Regis’ Town Mill will proudly host the Morcombelake Art Group’s (MAG) exhibition ‘Ways and Means: the process of image making’, illuminating how 12 local artists have worked over the past year to expand their working practice. […]

FOUR artists have teamed up to display their various skills inspired by landscapes and seascapes. […]

For the Love of Prints

PRINTMAKING is a highly skillful art form that offers artists numerous ways of working, from the detailed and time consuming to the immediate and serendipitous.  […]