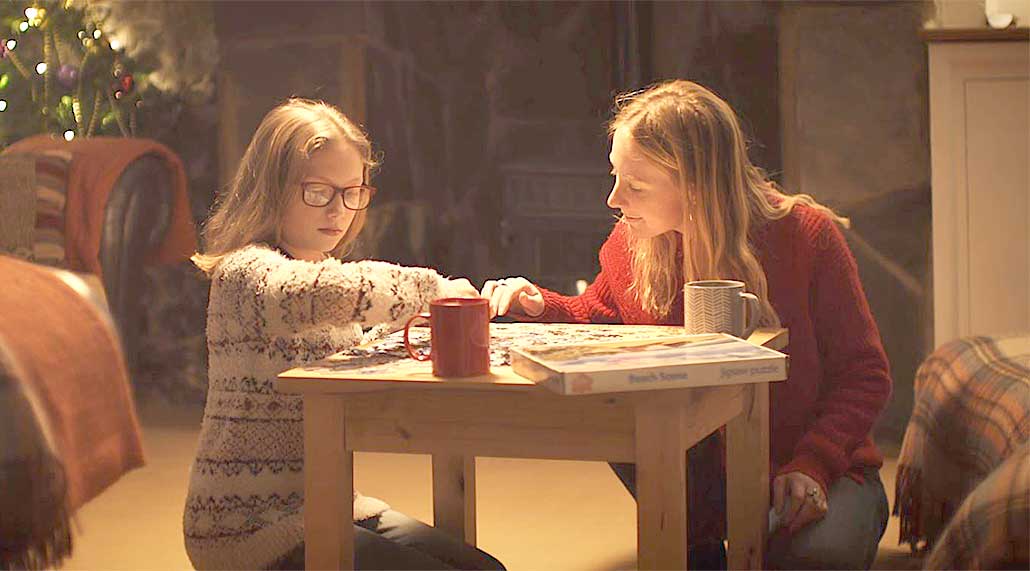 Filmed on location in and around the station in Lyme Regis, the heart-warming film has been released nationally this week, aiming to celebrate the dedication and commitment of all its volunteer lifeboat crews who will be on call during the Christmas period.

Whilst the family prepare for Christmas dinner, Georgia is called away by the sound of her pager. She is seen racing down Church Street and Coombe Street in Lyme Regis to the lifeboat station to join the rest of the crew who are preparing for rescue.

The crew launch the lifeboat to search for a casualty who they thankfully find and bring back to safety. As they return they discover a festive surprise in the station boathouse, with fellow crew members, their partners and children enjoying Christmas dinner at the station all together.

Over recent years, it has become a festive tradition for charities and businesses to release promotional Christmas films and adverts. But instead of actors and big budgets, the RNLI have produced the film in-house, featuring the very people who will be in action over Christmas.

Star of the film Georgia, a keen actress who has starred in several local productions, said: “I loved being involved in this film. Christmas is a time where families come together, but RNLI volunteers can be called away from their families and homes at any moment.

“I think this film beautifully highlights the ‘togetherness’ found within crews all around our coast.”

Sharing her thoughts on the festive film, the RNLI’s director of fundraising, media and marketing, Jayne George, added: “Our RNLI festive film shows the magic of families coming together at Christmas. But it also shows the reality of Christmas for some of our volunteers who will still be on call during their festive celebrations.

“We want to take this opportunity to thank our volunteers and supporters, we couldn’t do it without them.”

RNLI lifeboat crews in the South West are currently busier than ever, with a 500% increase in call outs over the festive period in 2018, compared with the same period 40 years ago.

Facing a ‘Perfect Storm’, the lifesaving charity experienced a shortfall in funds last year, but more people than ever still need its help. To help the RNLI volunteers continue to save lives at sea, please visit RNLI.org/ThePerfectStorm

Watch the Christmas film below:

PHOTOGRAPHERS across the UK have just one week left to enter their images of the sea in an annual photography competition run by national maritime charity, the Shipwrecked Mariners’ Society. […]

LYME Regis coastguards and lifeboat crew were called to assist 12 people cut off by the tide yesterday (Sunday). […]