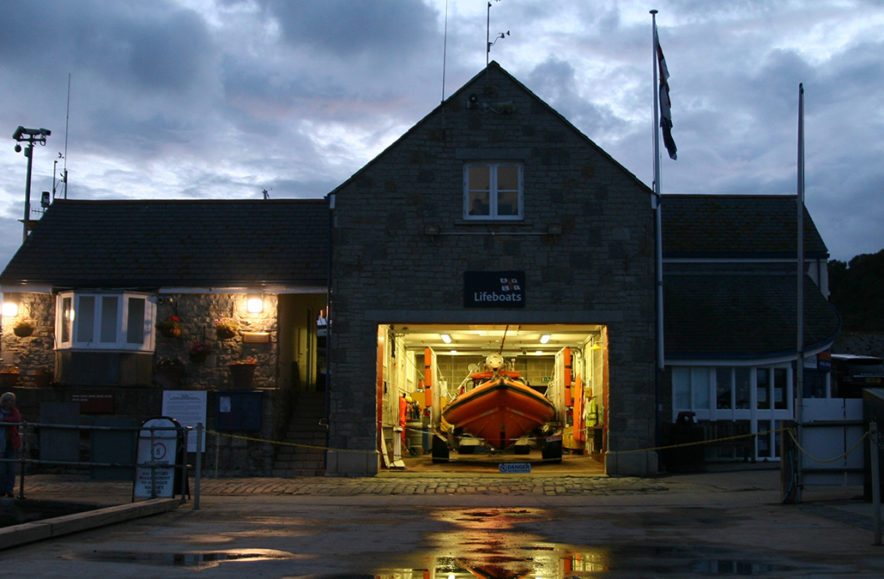 LYME Regis lifeboat crew will once again be featured on the BBC series ‘Saving Lives at Sea’.

Footage from the volunteer crew’s rescue of two ex-professional sailors last summer will feature on an episode to be screened  on BBC2 on Thursday, September 24 at 8pm.

The sailors, Sam Brearey, from Canterbury, and Christian Birrell, from London were training for a national sailing championships when their dinghy capsized in strong winds 500m south of Lyme Regis harbour last August.

The forestay – a rope supporting the mast – broke and their vessel capsized throwing both men overboard.

Both men were in the water when the lifeboat crew arrived on scene.

Sam Brearey said at the time: “Despite all the experience we have both gained, if the forestay goes you have a major problem. We were very pleased to see the lifeboat crew; they were brilliant at working together to recover us and our boat.”

This will be the second time the Lyme Regis crew has featured on the popular BBC show, with dramatic and emotional footage from a rescue of two teenage boys who were swept out to sea from Axmouth harbour having been screened as part of the last series.

THE much-anticipated John Lewis Christmas advert was released on Friday inspired by random acts of kindness, and the RNLI is also asking for the public’s kindness as the charity re-releases its festive film starring members of the Lyme Regis crew. […]

DORSET residents are getting better at following lockdown restrictions, with fewer fixed penalty notices being issued. […]