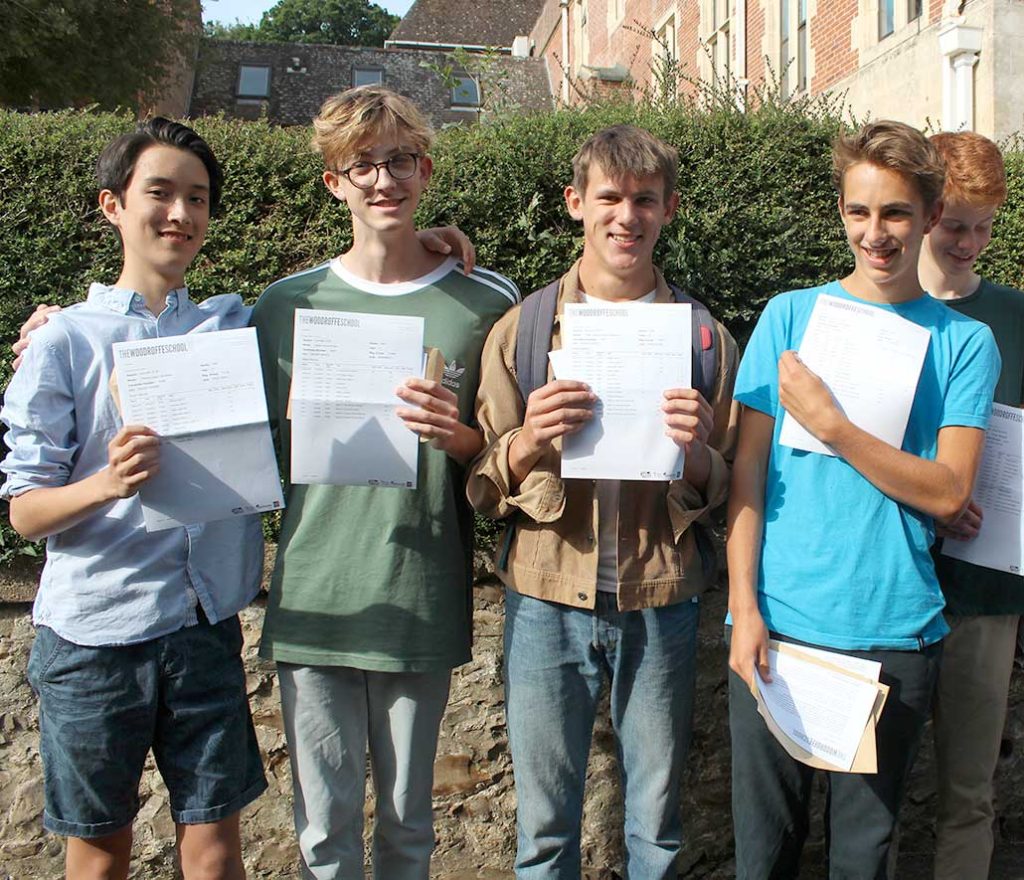 STUDENTS from The Woodroffe School in Lyme Regis impressed with their GCSE results, despite significant changes made to the exams this year.

Major changes have been made to GCSE exams this year, both in terms of subject content and the grading structure.

The new government benchmarks now focus on the number of students achieving 4+ (a standard pass) and 5+ (a strong pass), with particular focus on ‘the basics’, i.e. English and maths.

The Woodroffe School achieved another remarkable set of GCSE results, with 78 per cent of students gaining more than five standard passes including English and maths.

The combined ‘basics’ figures were very impressive indeed, with 81 per cent of students achieving a standard pass in both English and Maths, and 60 per cent achieving a strong pass.

Woodroffe is unusual in that the majority of students continue to take a modern foreign language at GCSE. This means that its eBacc scores are always high, and this year it was no different with 46 per cent of them achieving the eBacc.

Entries for separate sciences are also always high and this year the standard pass rate was 100 per cent in all three subjects. Religious studies saw nine out of the 27 entries achieve a grade 9.

For a fully comprehensive school, this represents outstanding performance and one which confirms the school’s Ofsted Outstanding status.

There were some excellent individual performances with a host of students gaining impressive sets of grades, including a good number of the new harder to attain grade 9s.

Headteacher Dr Richard Steward commented: “‘This is a fantastic set of results and I am absolutely delighted to see so many of our students doing so well.

“As ever, students have worked incredibly hard and one can only admire the commitment and determination of those young people who manage to achieve high grades across such a broad range of disciplines.

“It is also vitally important to recognise the dedication of the Woodroffe staff who work tirelessly to ensure that all students do their best every year but especially this year when the introduction of new courses, new syllabuses and the new grading system has led to great turmoil in the system and a huge amount of extra work.

“I am delighted to say that the vast majority of students will be joining the sixth form where I am sure they will continue to do well. A-Level results were also impressive this year and serve to underline the overall excellence of the school.”

Three car crash on A35 at Charmouth

The A35 at Charmouth was closed yesterday afternoon (Friday) following a three-car crash. […]

Motion of no confidence in county council leader withdrawn

A MOTION of no confidence against Dorset County Council leader, Councillor Rebecca Knox, has been withdrawn.  […]

LYME Regis residents will have their chance to question parliamentary candidates at a hustings ahead of the General Election. […]