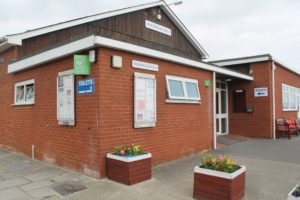 THE COVID-19 outbreak continues to play havoc on the Lyme Regis events calendar and local amenities.

Organisers of Uplyme Village Fete have announced that their annual event, set to take place on June 6, has been cancelled.

All local church services and town council meetings have also been suspended.

Lyme’s East Monday duck race in aid of the Christmas lights has been called off, as well as the Easter Bonnet Parade, although there are plans to replace this with a “virtual parade” with entrants ask to submit photos of their bonnets – details available of Lyme Regis Regatta & Carnival Facebok page.

The latest announcements came following the cancellation of Lyme Regis Fossil Festival, set to take place in May, and several other local events.

The Woodmead Halls is set to close this weekend, including its public toilet facilities, following suit of the Marine Theatre and Lyme Regis Museum which announced they would be closing earlier this week.

Most events set to take place at the Woodmead Halls, including the weekly bingo nights, have already been cancelled.

Lyme Regis Musical Theatre (LRMT), which was set to stage its production of ‘Chicago’ at the halls in May, have also announced they will be postponing the show.

The society, which is celebrating its centenary this year, released the following statement on its Facebook page saying the postponement threatened the future of the group:

“Following guidance from the government on Monday, the Woodmead Halls will be closing as of Saturday in an effort to protect staff and public alike.

“It is with sadness that LRMT have had to make the decision to pause progress with ‘Chicago’ and postpone the show.

“LRMT have the health of all involved with the show at the forefront of this decision.

“We are aware that ticket sales have been made and we will offer refunds to those who have purchased through stagestubs. Refunds, however, will have to come directly from the society and you can do this by contacting Jo Hopkins (chairman) on 07792 009 616.

“This decision comes as a huge financial blow to the group and threatens the very existence of LRMT. We would like to ask if those that are able, donate their ticket cost to help offset the costs of this £25,000-plus spectacular show.

“We would like to take this time to thank everyone for their continued support and to wish everyone in our group, their loved ones and the public the very best at this very difficult time.”

The Town Mill in Lyme Regis has also closed its Malthouse Gallery until June 17 and cancelled all tours of the mill. However, it is still milling flour available to buy from the Courtyard Café and Lyme Regis Brewery.

All Dorset libraries, including in Lyme Regis, will close from the end of tomorrow (Friday). Library users should not worry about returning items late during this closure period as any charges  will be cleared when the items are returned.

You can continue to access digital resources, e-books, audiobooks and magazines online at www.dorsetforyou.gov.uk/libraries

Follow LymeOnline’s live updates on coronavirus for the latest news and advice, including how the outbreak is affecting the local area.

No carnival this weekend – but seaside fun and games will return

I KNOW exactly how long the Regatta & Carnival in Lyme has been going – because it was reformed after the war in the year I was born – 1948, writes Philip Evans. […]

CARER Support Dorset has been awarded £4,000 by Dorset Coronavirus Community Fund to support the county’s most vulnerable carers. […]