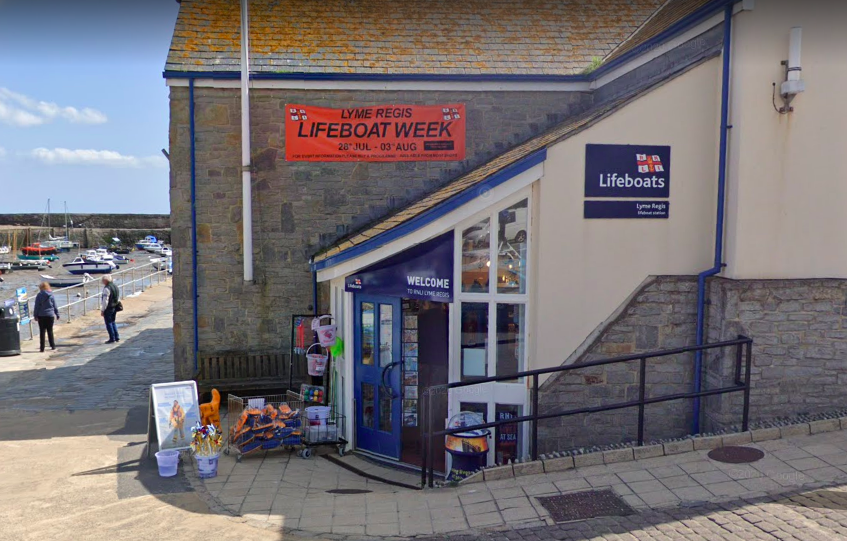 THE generosity of the public and the hard work of volunteers have resulted in a successful spell in difficult times for the RNLI’s tiny shop in Lyme Regis.

The lifesaving charity’s shop will have to closer tomorrow (Thursday) due to new lockdown restrictions, but volunteer manager Krys Lavery said: “We have had two months of wonderful support from the public, and in October alone we raised £21,966, a 33.31% improvement on October last year.

In a message to the volunteers who run the shop next to the lifeboat station, Mrs Lavery added: “Thank you to everyone for your continued help and enthusiasm in helping to keep our lovely little shop open in difficult times.”

The volunteer crew of the RNLI’s lifeboat in Lyme Regis are to feature for the third time on the BBC TV series ‘Saving Lives at Sea’ later this month.

The scheduled episode on November 17 includes the rescue of a woman and her two dogs trapped on cliffs. It is due to be transmitted at 8pm on BBC2.

KEY workers will be allowed to park for free in Lyme Regis as the town council supports the delivery of essential local services. […]

AN EXTENSIVE project to repair and refurbish the tower at St Michael’s Parish Church in Lyme Regis is almost complete. […]

WE may have a moan about the town council, take offence of some caustic remark on Facebook, worry about the “non-existent” drug problems in Lyme and get fed up of our crowded streets during the summer months. […]