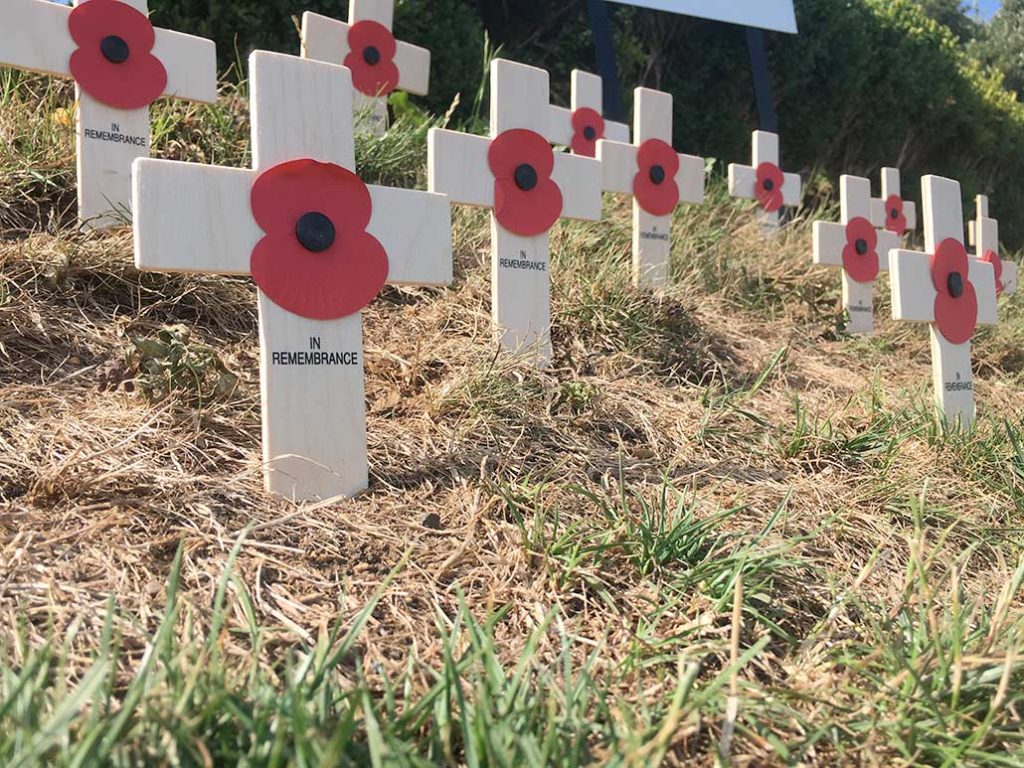 TRIBUTES will be paid to those who lost their lives during the First World War with a poppy garden in Lyme Regis.

The garden has been created to commemorate the centenary of the end of the Great War and the public are being invited to add their tributes and messages.

A section of the Langmoor Gardens has been dedicated to the memorial, where poppy crosses can be placed in the ground to honour the fallen, as well as those who returned home.

Sitting above the crosses is a floral poppy display, and a Silent Solider watches over them.

Poppy crosses are available from the town council office, the tourist information centre, the mini golf hut, and the museum and donations are welcome for the Royal British Legion.

The public are encouraged to write a message on the cross and place it in the ground in the garden, where the crosses will remain during this centenary year.

It is one of the many events planned in Lyme Regis in 2018 to commemorate the 100th anniversary of the end of the First World War.

The Mayor of Lyme Regis, Councillor Michaela Ellis, said: “The poppy garden is a wonderful dedication to the brave people who defended our freedom during the First World War.

“It is a chance to remember an ancestor or a loved one, and to honour all those who played their part, particularly the 63 servicemen from Lyme Regis who made the ultimate sacrifice.

“It is an opportunity for a moment of quiet reflection and remembrance and we hope there will eventually be a sea of poppy crosses in the garden, demonstrating the town’s respect and gratitude to the fallen.”

THE Lyme Regis community has rallied around local resident Matthew Webb after he was diagnosed with an extremely rare and incurable form of cancer. […]

LOCAL organisations will be invited to bid for the £15,000 donated to Lyme Regis from the production company of Mary Anning film ‘Ammonite’. […]

LYME Regis resident Seb Cope is in training for a gruelling 55-mile charity cycle ride on his penny farthing.  […]