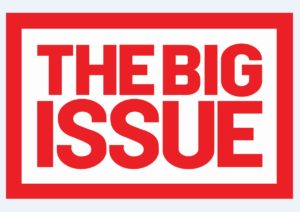 A PETITION has been launched to bring back the Big Issue vendor who has operated outside Tesco in Broad Street, Lyme Regis, for several years.

Complaints are thought to have been made to the magazine by a number of people about her persistent sales technique, and she was then removed from the pitch by Big Issue bosses, who said she was “subjected to verbal and physical abuse”.

This newspaper understands that the seller, named Mirella, is now operating in Lace Walk, Honiton.

Derek Sharples, UK Sales and Operations Manager at the Big Issue, said: “Big Issue vendors are vulnerable individuals facing a variety of challenges in their lives, working not begging, to earn a legitimate income. They are out in all weathers, in local communities and rely wholly on the support of local people.

“It is hugely disappointing and disconcerting that this individual has been subjected to verbal and physical abuse whilst working at her pitch in Lyme Regis.

“We take the safety of vendors extremely seriously and, therefore, upon learning of the said abuse, we took immediate action and provided the vendor in question with a new pitch.

“We do recognise that the majority of the community has shown support for the vendor and thank those individuals for their care and concern.”

After learning that Mirella was no longer operating outside Tesco, former Lyme Regis town councillor Rikey Austin launched a petition on Facebook calling for her return, which currently has more than 40 signatures.

Supporters say farewell to TIC staff as it closes down

STAFF from Lyme Regis Tourist Information Centre were given a fond farewell last Friday, as the office closed its doors permanently. […]

Louise climbs Kilimanjaro and raises £5,000 in memory of dad

Time to go green (and luckily it’s my colour!)

25th October 2019 Francesca Evans All Over The Town, Blogs 0

AS the weeks pass by, more and more environmental and climate change-related news hits the local and national headlines. There’s no ignoring it anymore – the climate crisis is upon us and it’s time to take action. […]