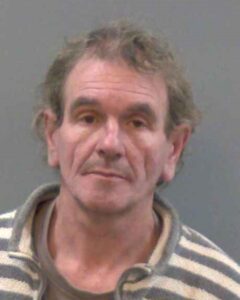 POLICE are appealing for information from the public to help locate a man wanted in connection with a burglary in Lyme Regis.

Anthony Brett Bown, aged 56 and of Christchurch, is wanted in connection with a burglary at a home in Charmouth Road between Saturday, March 7 and Tuesday, March 10 2020.

He is described as white, around six feet tall and of medium build with short, grey, wavy hair and a receding hairline. He sometimes wears glasses and is usually unshaven.

It was reported that he was believed to be in the Lyme Regis area on Wednesday, May 20.

Police Constable Neil Gauden, of Bridport Police, said: “We are continuing to investigate this burglary and have made efforts to locate Anthony Bown in connection with this matter but have so far been unable to find him.

“I am appealing to anyone with information or knowledge as to his whereabouts, or who sees a man matching the description given, to please contact us.

“While we do not have any information to suggest Bown presents a risk to the public, anyone who sees him is urged not to approach him but instead dial 999 immediately.”

LymeOnline’s weekly news bulletin, presented by Francesca Evans, bringing you all the top local stories including the latest on the coronavirus pandemic. […]

Man arrested for arson after two fires in Lyme

A MAN has been arrested on suspicion or arson after two fires were started in Lyme Regis in the early hours of this morning (Monday).  […]