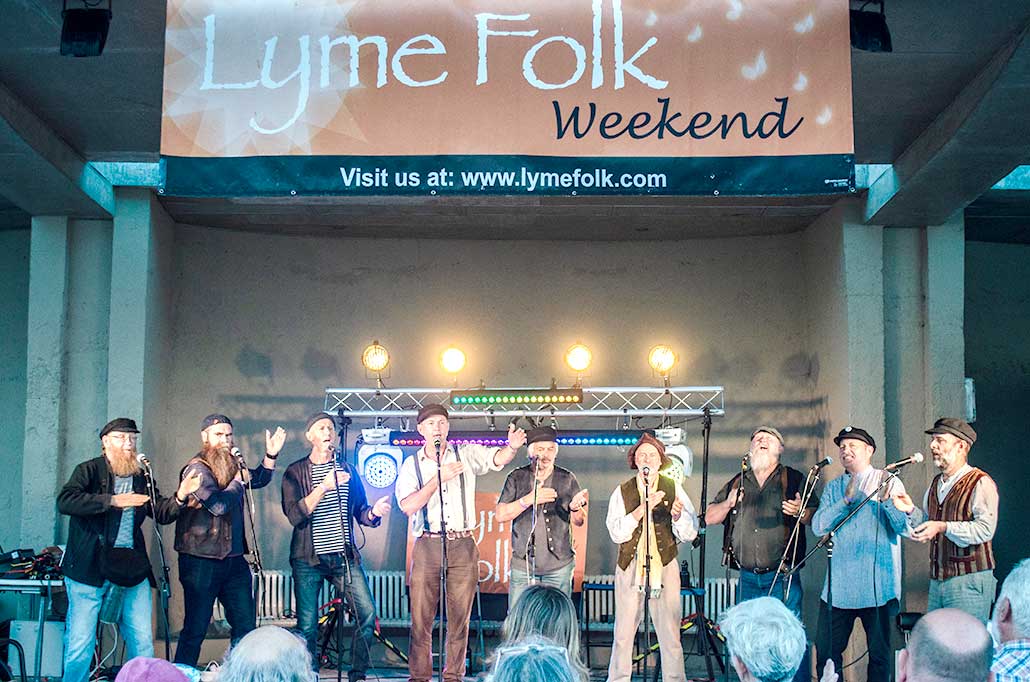 ALL of Lyme Regis’ major summer events and festivals have now been cancelled or postponed due to the coronavirus pandemic, with Lyme Folk Weekend the latest to make the announcement.

With the musical event not scheduled to take place until late August, organisers have held off making a decision in the hope that it could still go ahead. But they have now announced this will not be possible.

Organisers said: “We tried really hard to keep our options open for as long as possible, to give our festival the best chance of going ahead, but this week we have been forced to face the reality that it is not going to be possible, for reasons that are all too obvious.”

The festival has now been postponed until the same weekend next year – Friday, August 27 to Monday, August 30 2021 – with the same headline acts that were set to appear this summer.

These will include Gigspanner Big Band, Fay Hield and her band, Lyme Folk Weekend patrons Ninebarrow and Friends, and a finale with Merry Hell. There will also be a full programme of free entertainment on the seafront and in various venues around town.

If you have bought tickets for this year’s headline acts at the Marine Theatre, these will still be valid for the rescheduled shows in 2021.

However, if you would prefer a full refund you can email to refunds@lymefolk.com, giving your name and order number and organisers will reimburse you as soon as possible.

If you bought your tickets on the phone or in person from the Lyme Regis Tourist Information Centre, please call them on 01297 442138. Refunds will be available until August 30.

Tickets for the rescheduled shows will be available to buy from September this year, although it cannot be guaranteed that the prices will remain the same.

About Francesca Evans 2520 Articles
Francesca grew up in Lyme Regis and has worked in community journalism in the area since 2011, having gained a First Class Honours degree in journalism and her NCTJ qualifications at Southampton Solent University.
Instagram Twitter

LYME Regis Town Band is issuing an open invitation to all brass band players in the area to join a workshop it will be hosting on Saturday, May 4.  […]

Broadway hit on its way to Lyme Regis

LYME Regis Musical Theatre, celebrating its 100th anniversary in 2020, has chosen one of the most successful Broadway hits for its 2018 production. […]