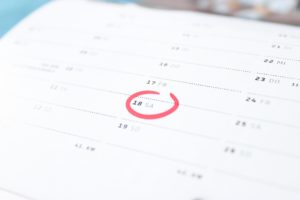 MANY events in the Lyme Regis area have been cancelled or postponed, including the annual Fossil Festival, as more stringent measures are put in place to prevent the spread of coronavirus.

The government yesterday (Monday) promoted new social distancing measures, including avoiding pubs, clubs and theatres; working from home where possible; and not travelling unless essential.

Lyme Regis Fossil Festival – one of Dorset’s biggest science festivals which was set to kick off Lyme’s peak season in May – is the first major local event to fall victim to the effects of the virus.

Organisers from Lyme Regis Development Trust took the decision to postpone this morning, releasing the following statement:  “Due to the ongoing situation regarding COVID-19, the restrictions on large gatherings and the use of theatres, we are unfortunately having to postpone the 2020 Lyme Regis Fossil Festival.

“We will now take some time to see if it feasible to rearrange the festival for later in the year. Initially we will work with the Lyme Regis Town Council and local venues to target available dates.

“We are hugely disappointed that we’ve had to make this decision, but as I’m sure you’ll understand, the safety and health of everyone involved with the festival is our primary concern.”

Weekly bingo nights at the Woodmead Halls have been cancelled until further notice. Lyme Regis Football Club has closed its clubhouse and local fixtures have been affected.

The Lyme Regis branch of Cancer Research UK has postponed its Big Breakfast, which was due to take place on March 27, and the Lyme Regis & Charmouth RNLI Supporters Group have cancelled their AGM scheduled for April 1.

The Lyme Regis/St George’s Twinning Association’s annual trip to Bermuda in April has been called into question as it is unclear whether flights will still be running.

The Mayor of Lyme Regis, Councillor Brian Larcombe MBE, has postponed his Civic Night, which would have been held on April 4.

However, this week’s town council meeting is currently still expected to go ahead on Wednesday evening, when members will discuss a strategy for handling the coronavirus outbreak.

“This has been prompted by the coronavirus COVID-19 outbreak and the consequential advice and measures being advocated.

“Official announcements and guidance is changing almost daily and current advise is that, while open spaces are OK, close gatherings within confined areas are not, and to avoid non-essential contact and maintain social distancing.

“It has been indicated that these measures should exist up to and beyond the date of the Civic Night and so, although the loss of this prominent event in the civic calendar is very disappointing, I feel in the interests of all concerned that there is no choice but to cancel it.

“I personally wish to thank you for all your support to our town and this event; hopefully I’ll be able to make a renewed invite later in the year. In the meantime, the council office will refund your ticket(s) purchase.”

To arrange a a refund call the town council office on 01297 445175 or e-mail enquiries@lymeregistowncouncil.gov.uk

However, most businesses in Lyme Regis remain open, many promoting more stringent hygiene measures and adapting their usual services to help those in self isolation.

Cellar 59 and Lyme Bay Café Bar have taken the decision to close.

LymeOnline is happy to publicise the efforts of any local business offering help and support to the community during this period – get in touch by emailing francesca@lyme-online.co.uk or call 07810 221 420.

Follow LymeOnline’s live updates on coronavirus for the latest news and advice, including how the outbreak is affecting the local area.

RNLI to emphasise importance of lifejackets during Lifeboat Week

A LIFEJACKET ‘clinic’ aimed at ensuring that the safety aid is in perfect condition to save lives is to be held during Lyme Regis Lifeboat Week. […]

THE new owners of the Rock Point Inn in Lyme Regis will merge the neighbouring fish and chip shop and kebab takeaway with the pub to form a larger restaurant area.  […]