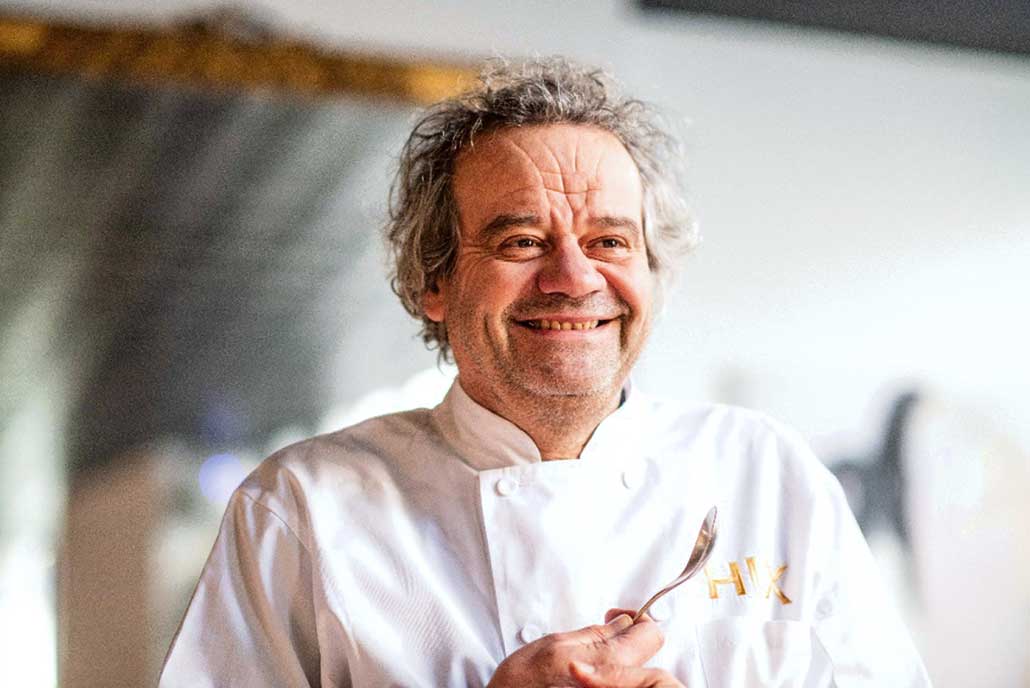 THE two Lyme Regis businesses run by celebrity chef Mark Hix have been placed in administration by their parent company, casting doubt over the future of the Oyster & Fish House in Cobb Road and the Townhouse in Pound Street.

Mr Hix sold his company four and a half years ago to Westbury Street Holdings (WSH), a London-based hospitality company with an £850 million turnover, but used his own finances to secure a 25 per cent stake in the restaurants he ran in London and Lyme Regis.

Whilst Mr Hix, 57, was aware of the decision and understood why it was necessary, he has stressed that it was not decision.

LymeOnline understands that he was in favour of putting their staff into furlough rather than calling in an administrator who ordered the locks to be changed on his two Lyme Regis premises.

In a statement issued on Instagram last night, Mr Hix said: “Dear Friends, I echo the words of Rick Stein this week and all others in our hospitality business who have undoubtedly faced the toughest couple of weeks ever, and, in our case, since we opened in 2008.

“The hardest decision for WSH & Mark Hix Restaurants Limited has been to appoint an administrator and to close down the restaurants and HIX Townhouse, which in turn has made my team redundant without being able to take advantage of the government furlough scheme.

“Although the press are using, and will use, my name as the responsible director, this was not my decision.

“Apart from tough times and sad times for me, it is nothing compared to what so many of my team, and others that are reliant on our business, are going through. Over time we have genuinely become a large family and to lose all of my team like this has been incredibly difficult and upsetting.

“One day, I will reopen in some way and I want to say a big thank you to all of my team, my suppliers and our guests who’ve been so supportive over the years and a huge thanks to those that have been in touch with their good wishes.

Mr Hix, who was awarded an MBE in 2017 for services to hospitality and catering, made a name for himself as chef director at parent company of Le Caprice, a group owned by Richard Caring which also includes The Ivy and Sexy Fish.

He launched his own company in 2008 after beating Micheal Caines to win BBC TV show ‘The Great British Menu’.

As coronavirus spread across Britain, Mr Hix told one national newspaper three weeks ago that the pressure on the restaurant sector was intensifying.

“I think the government’s going to quickly realise just quite how big a part the hospitality industry plays in the UK economy,” he said.

“But when the penny drops, it could be too late and there’s going to be a very high price to pay.”

Mr Hix, who has a house in Charmouth, kick-started Lyme’s growing reputation as a foodie destination when he opened HIX Oyster & Fish House in Lister Gardens in 2008 with breathtaking views over Lyme Bay.

He soon established himself as a popular local celebrity and has been responsible for attracting large number of visitors to the town to dine at his restaurant and stay in his guest house. He also held cooking demonstrations in his own kitchen in Charmouth.

Mr Hix also active in the setting up a cooking school at Weymouth Technical College, where he first learnt to cook.

In 2013, he launched the popular Food Rocks festival in Lyme Regis, which brought many of the top celebrity chefs to Lyme and which has raised tens of thousands of pounds for the RNLI and Fishermen’s Mission. He has also supported many other local charities.

The author of several cookery books, Mr Hix was one of the most sought-after food columnists with his recipes appearing many national publications.

He is also a keen fisherman and has a boat moored in Lyme Regis harbour.

In 2018 he ruled out opening new sites in the capital because of excessively high rents.

About Philip Evans 771 Articles
Veteran journalist and newspaper manager Philip Evans has worked in the publishing industry for more than half a century. He started out as a reporter for Pulman’s Weekly News as a young man and went on to work for an international publishing company in the UK, South Africa and Australia before returning to Lyme Regis where he is still reporting on local events as he has done for more than 53 years.
Twitter

EAST Devon District Council closed its offices on Honiton on Friday afternoon, due to a possible case of coronavirus in a member of staff. […]

AFTER Lyme Regis’ most successful switch-on of the Christmas lights, which brought thousands of people into Broad Street, the Mayor of Lyme Regis, Councillor Brian Larcombe MBE, is calling on residents to support their local shops over the festive period. […]

Supporting the community through coronavirus

ON a rather sensitive issue this week, following on from my challenge to South Somerset District Council about the situation at Yeovil Crematorium, where the chapel is closed, I have corresponded with the Archbishop of Canterbury’s office regarding the stance of the Church of England on funerals, closing its doors to even the smallest number of mourners. […]