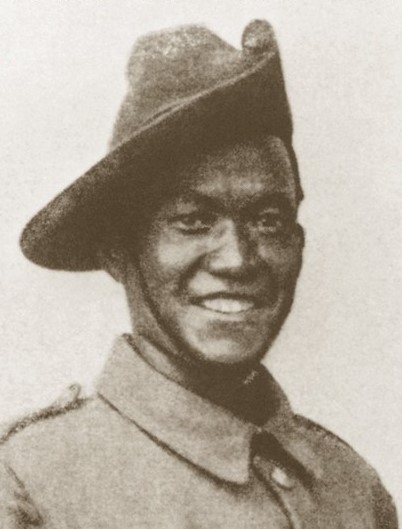 THE face of the First World War veteran that will be etched into the sand on Lyme Regis beach to mark Armistice Day this Sunday (November 11) has been revealed.

A portrait of Rifleman Kulbir Thapa VC, who made history as the first Gurkha to win a Victoria Cross, the most prestigious British award for bravery, will be created on the sand from 11am as part of award-winning film producer Danny Boyle’s unique Pages of the Sea event.

Lyme Regis is one of just 30 beaches across the country chosen to take part in the event, which will commemorate the 100th anniversary of the end of the First World War.

Rifleman Kulbir Thapa (December 15 1889 – October 3 1956) was born in the village of Nigalpani, Palpa, Nepal, and enlisted in 1907 in the Indian Army as part of Queen Alexandra’s Own Gurkha Rifles, transferring to 2nd Battalion at the outbreak of war.

On September 25 1915, during operations against German trenches south of Mauquissart, he found a badly wounded soldier of the 2nd Leicestershire Regiment behind the first German trench. Although wounded himself and urged by the English soldier to save his own skin, Kulbir stayed with him all day and night.

Early the next morning, in misty conditions, he brought the soldier out through the German wire and having left him in a place of comparative safety, returned and brought back two wounded Gurkhas to the allied lines, one after the other. He then returned in broad daylight to bring back the British soldier, carrying him most of the way under enemy fire.

Kulbir himself was admitted to hospital for his wounds and he rejoined his unit in Egypt in 1916. His medal is on display at the Gurkha Museum, Winchester, Hampshire, and in 2015 he was commemorated on a Royal Mail stamp.

The highly regarded Brigade of Gurkhas have been supporting the British Army for over 200 years, including two world wars through to modern conflict.  During the First World War, more than 90,000 Gurkhas enlisted, fighting across Asia, Middle East and Europe where more than 6000 died in action.

The Gurkhas gained a reputation for valour earning thousands of medals for gallantry. Today, they continue to be part of the British Army including signals, logistics and engineers, with units based across the south of England.

The image of Kulbir will be raked in the sand by a group of A-level students from Woodroffe School, led by Dorset artist Sarah Butterworth.

The public will also be asked to join in by creating large stenciled silhouettes of people in the sand, remembering the millions of lives lost or changed forever by the conflict.

A new poem by British poet and playwright Carol Ann Duffy has also been commissioned for the event, and will be performed by singer-songwriter Billy Bragg in Lyme Regis at 3pm.

In addition, the public are invited to share their own words in an open mic session on the beach between 2pm and 3pm.

The Mayor of Lyme Regis, Councillor Michaela Ellis, said: “It is an honour for Lyme Regis to be chosen as one of only 30 beaches in the country to host this poignant and moving tribute.

“We are expecting people to come from far and wide to watch the portrait take shape on the beach, to listen to the words of others and maybe to share their own, and perhaps to take a moment of private reflection to honour those who gave the ultimate sacrifice during the First World War.”

Further details about the event and how to get involved are available here.

For full details of all Remembrance weekend events, visit our What’s On section

A LYME Regis mother has launched a campaign for sharps bins to be installed in public toilets in the town, after her three-year-old son found a used needle on the street. […]

THE Town Mill’s Courtyard Gallery in Lyme Regis will be home to ‘Paper and Clay’, a diverse and captivating showcase of recent work by five established artists who met while studying ceramics at Bath Spa University, from June 15 to 27.  […]