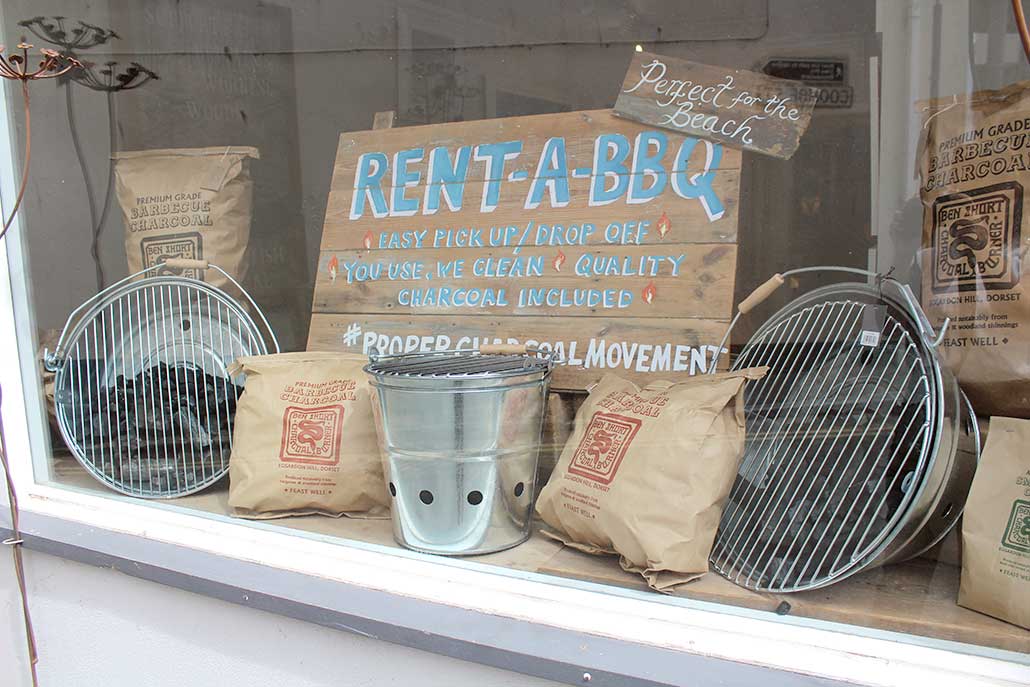 THE Blue Lias Gallery in Lyme Regis has come up with an innovative idea to tackle the environmental issues caused by disposable barbecues.

The gallery, on the corner of Coombe Street and Bridge Street, has launched a rent-a-barbecue scheme, offering beach-goers reusable tin barbecues complete with locally-made charcoal and kindling.

Large barbecues are available for £20 for 24 hours and small ones for £15. And the best part? You don’t even have to clean it yourself! Simply return it to the Blue Lias Gallery and staff will clean it out and sanitise it so it’s safe for the next users.

As well as tackling the environmental issues caused by non-recyclable disposable barbecues often found on the beach, the scheme also promotes the use of locally-made, sustainable and chemical free charcoal made in Dorset by Ben Short.

Ben’s partner Holly, who runs the gallery, said the scheme had already received a great response and very positive feedback.

“I think that people are starting to understand that there are better options for barbecues, and it’s a great thing for visitors to be able to do on the beach, especially after a mackerel fishing trip,” she said.

EXCITING plans to create a nature reserve on the outskirts of Charmouth were revealed at the annual parish meeting last night (Tuesday). […]

LYME Regis residents have welcomed the re-opening of a convenience store on Staples Terrace. […]