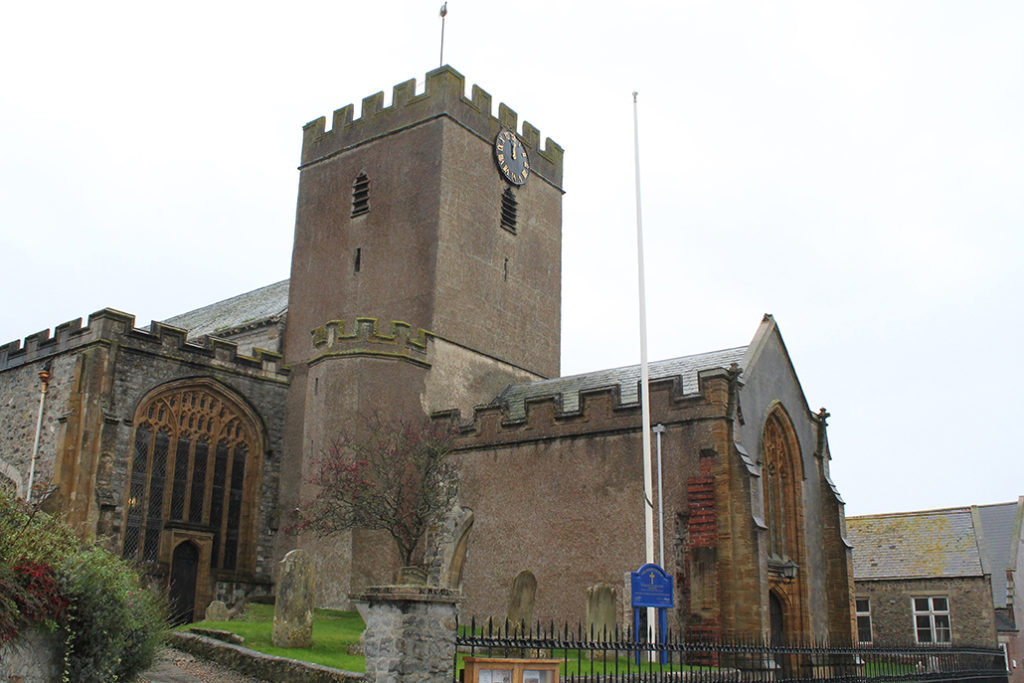 LYME Regis Town Council has agreed to underwrite essential repairs to St Michael’s Parish Church, up to a maximum sum of £66,770.50.

The Grade I listed parish church is currently suffering from water ingress and the tower has to undergo major repair works, which will include removing the pebbledash rendering. The work is estimated to cost £121,401, plus £12,140 in professional fees and £15,000 client contingency, totaling £133,541.

By agreeing to underwrite half the cost of the building works and professional fees, the town council hopes the church will be successful in a £50,000 funding bid from the Coastal Revival Fund, which is being submitted this week.

The church has been described as a “good fit” to receive funding from the Coastal Revival Fund. However, if its grant application was to fail, councillors said the church would need to “re-set its parameters for funding overall” and they would be open to further discussions and possibly underwriting a different funding proposal.

Members of the church have raised £10,000 towards the project so far and are planning to apply for further funding from other organisations, including Dorset Historic Churches.

The Mayor of Lyme Regis, Councillor Michaela Ellis, has made the church tower fund her chosen charity of the year, and the appeal was given a further boost when the Reverend Jane Skinner recently appeared on BBC Spotlight to discuss the project.

She described it as a “special and valuable place” that attracted a lot of tourists, as well as benefiting residents.

Councillor Jeff Scowen described the church as “a wonderful place” and “an asset” and said he hoped the council would support it.

Despite being an atheist, Councillor Hallett said he “loved the church”, but he added that it was the “wrong time” to apply for grants.

He said the council had a set process for giving out grants to local organisations, and the deadline had already passed this year, adding that they had been strict on other groups, such as the local Brownies, who had missed the deadline by just one day.

Councillor Jeff Scowen said next year could be “too late” for St Michael’s.

He added: “This is the real fabric of Lyme Regis, Grade I listed along with the Cobb. We can’t just sit back and cross our fingers. Surely this is why the council is here, to protect structures like this.”

Councillor Cheryl Reynolds commented: “It’s our church, it’s the town, it’s the people. We have all used that church from time to time. We would hate to see it go. Do we really want a pile of rubble there?”

Councillor Scowen replied: “I understand they the Church of England is rich, but they ain’t going to give the money and it will fall into rack and ruin while we are waiting for them to.”

It was noted at the meeting that the Diocese of Salisbury did not own the church, and it was the responsibility of its congregation to maintain the building.

POLICE have defended the manner in which they dealt with a 999 call after a village shop was targeted at least three times in one day by shoplifters who threatened staff. […]

LYME Regis Town Council received applause from the public last week when it agreed to stop using glyphosate products, such as Roundup weed killer, now known as a “probable carcinogenic”. […]

THE latest bulletin from LymeOnline, bringing you all of this week’s top stories from the Lyme Regis area, including special footage of the town in lockdown by local photographer Rob Coombe. […]