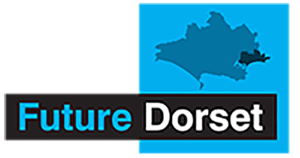 LYME Regis district and county councillor Daryl Turner has said he does not think residents will notice many changes as local government reorganisation takes place over the coming months.

Speaking at last week’s LymeForward meeting, Councillor Turner – who represents Lyme Regis and Charmouth on the district council and the Marshwood Vale on the county council – gave an update on plans to create two unitary authorities in Dorset in May 2019.

Following the recent go ahead by Local Government Minister Sajid Javid, all district and borough councils in Dorset, and the county council, are set to be replaced by two unitary authorities – one covering Christchurch and Bournemouth and the other covering the rest of the county, including Lyme Regis.

The new unitary authority for this area will be called Dorset Council and will have 82 councillors – a reduction from 206 existing county councillors – with two in each division. Elections will be held to select councillors.

Existing division boundaries are not expected to change, but they will be called wards. The new council will serve for two five-year terms before returning to the current election cycle, and town councils are expected to follow suit.

Council offices are expected to remain in Dorchester.

Councillor Turner said it had not yet been decided what services, assets and associated funding would be devolved to town and parish councils, and he expected “very little” to be devolved before May 2019 as there was not enough time to do all the necessary work.

“In May 2019 we will not have a unitary authority looking the same as it will in 10 years’ time. It will develop over time,” he said.

When asked what the average resident would notice during the switch-over to unitary authorities, Councillor Turner said he didn’t think they would notice very much.

However, he said there would likely be reduction in the standard of road surfaces as there was not enough money to make all necessary repairs, and it may affect adult and children’s services which had “very large gaps” in its funding.

A BUS smashed its window after crashing into scaffolding in Lyme Regs yesterday.  […]

VENUES across the town will be holding special events over the Easter holidays for the first Lyme Regis Children’s Week. […]

CATCH up on this week’s top stories with LymeOnline’s video news bulletin, including the latest on the coronavirus epidemic and footage of dolphins spotted in Lyme Bay! […]